Re: "Trout and Flies - Getting Closer" by Peter Hayes and Don Stazicker

I haven’t read this one, but I really like Hayes’ Fly Fishing Outside the Box Emerging Heresies. Will have to check it out.

What makes it a D. River Sulphur?

Now that is a Crooked River fly if I ever saw one!

Rick, that is often a great time to fish spiders and good bet for fish looking up but shy of the surface.

Fishnkilts, the hook is a beautiful little spider hook from Gaelic Supreme. A Dick Walkers Wet Ring Eye. Sharp solid hand forged hook. A great hook and a joy to tie on.

I've never been completely sold on tiny heads. As practical fishing goes anyway. The small heads look nice to the tier but I believe the larger heads could be an attractive feature to the profile of wet flies. Either way you could add a bit of dubbing to cover.

Ron, I whip finish by hand, no tool.

Bill, I tied this on a #16. The Hends will stretch a bit and can tie very small.

I've been reinvestigating building bodies using Hends Body Quill material as the base for dubbing loops. I really like the material for this use. It is very strong, comes in a good variety of colors and is transparent enough that the tying thread color is still in play. This one is built from the ol...

Thanks Ray. Just wish I had more opportunity to use them.

The Adams was developed in 1922. Almost a century old. A lot of variations in the last 98 years.

Tied this one on a Daiichi 1740. Pretty nice up eye hook. A little longer shank than most at 2x long, 1x heavy. Would be a nice hook proportionally for more nymphy wets. 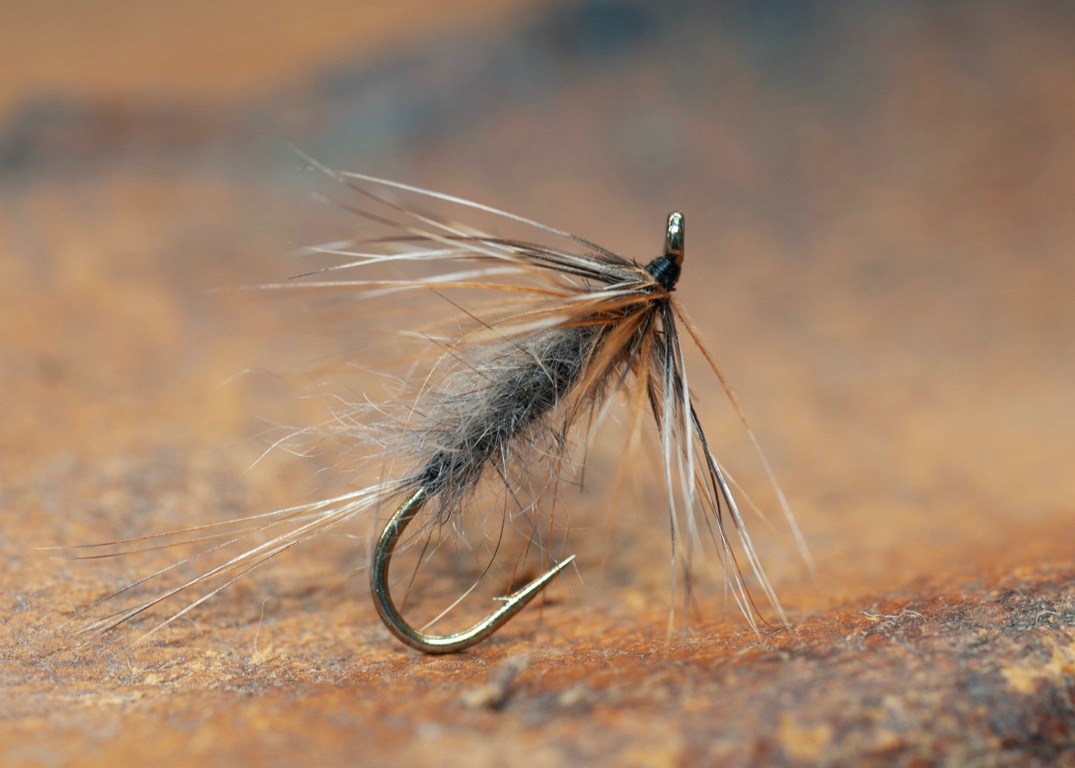