More than 10 years ago I read an article in a fly tying/fishing mag about a supposedly "magical" pattern called the Hornberg Special. Originated as a dry fly by a central Wisconsin game warden named Frank Hornberg in the 1920s, the pattern has undergone numerous variations over the years, including changes in color schemes and substituted materials. But the basic principal has remained constant: an underlying "warm" color showing through an outer veil of barred flank feather. The literature suggests that this pattern was designed to imitate a caddis fly, but it has been fished as a dry and as a wet so successfully over the years in sizes ranging from #4 to #14 that this comparison no longer seems appropriate.

I had some remarkable results with this pattern years ago, but got out of the habit of keeping any in my boxes. Having time currently available and memories refreshed, I have recently tried to tie some in a size small enough to not spook the trout I usually encounter and quickly remembered that it is not an easy pattern to tie. Perhaps that is why I got out of the habit of carrying them. Below is the recipe I am using that pretty much conforms to the original except that it results in a wet fly rather than a dry. 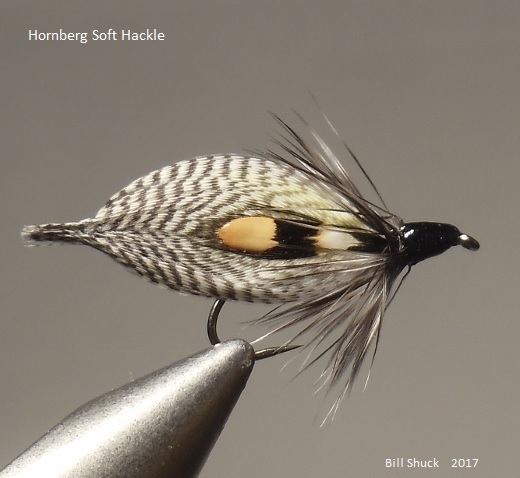 Love this pattern Bill. You did it justice for sure! It has always been on my to tie list but never made it to the vise. Funny thing, I just revisited this pattern a couple days ago looking for possible patterns for small baitfish. Something I would enjoy tying as opposed to all the EP fiber stuff people like to use down here. I was thinking a size #4-#6 with gold spoon eyes. Now I will definitely have to give it a go and let you see what I come up with.
I hate it when I think I'm buying organic vegetables, and when I get home I discover they are just regular donuts.
http://www.oldhatflytying.com
Top

That sounds like a killer idea, Carl. Anxious to see your surfer version.
Some of the same morons who throw their trash around in National parks also vote. That alone would explain the state of American politics. ~ John Gierach, "Still Life with Brook Trout"
Top

I still carry some for the northern WI freestone streams in larger sizes for warm summer evenings.

Thanks for the additional background info, John, and the photo of your great tie as well.
Some of the same morons who throw their trash around in National parks also vote. That alone would explain the state of American politics. ~ John Gierach, "Still Life with Brook Trout"
Top

This was a popular fly in New England when I was a kid. My grandfather tied a beautiful version, with dry hackle, & used it for Maine & New Hampshire landlocked salmon. They'd fish it dry until it sunk, then fish it wet. Grampa said when wet it imitates smelt & dace. The stiffer hackle may contribute vibration...

I think about the Hornberg once in a while but never seem to get with the tying program. Cool you did.

I turn green at the sight of that junglecock nail.

I enjoyed reading your write up, and seeing the soft hackle version of this pattern. I have been tying Hornbergs for many years, but generally in larger sizes, for use as baitfish imitations. I have used grizzly hen neck hackle for the collar. For streamers, I like a fairly full hackle collar. I feel it adds to the action of the fly (creates turbulence at the head of the fly and makes the fly flutter more on the retrieve). 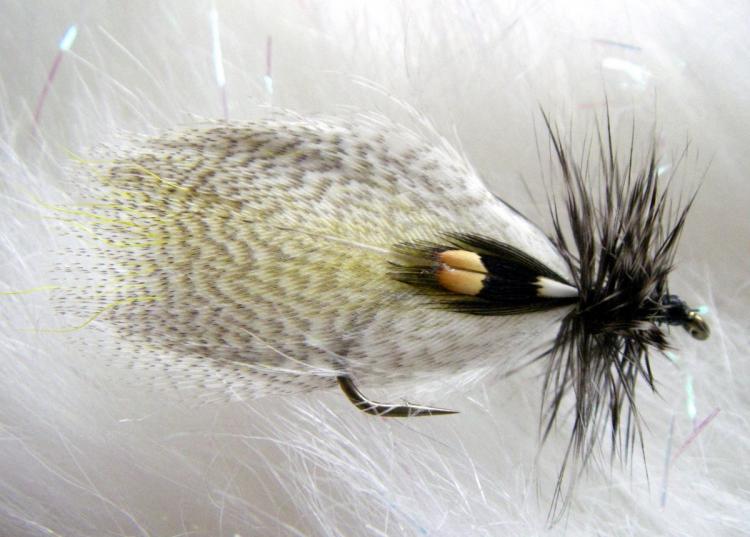 One of my all time favorite variations of the Hornberg is the streamer version created by Bob Leeman. Several years ago I read an interesting article mentioning Bob Leeman's variation, of the Hornberg classic. His variation is tyed specifically as a streamer pattern. The Leeman version includes a couple grizzle hackles on each side of the fly (under the mallard flank feathers).

Here are the materials for Bob Leeman's Hornberg Streamer variation:

The background is a photo of my dad looking out over Helldiver pond in the Adirondack Mountains, of New York State. 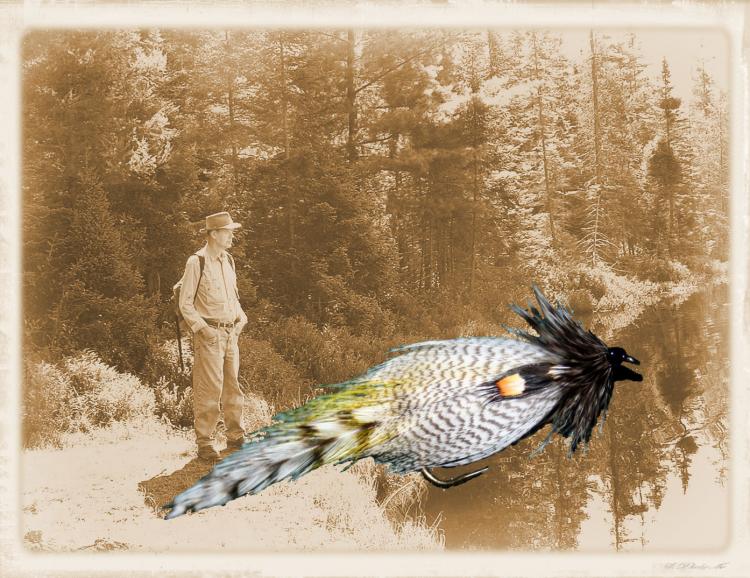 I've never tried tying it in smaller sizes, for use as an insect imitation, but plan to follow your lead.

That streamer version is really cool, Ray, and the photo of your Dad is wonderful. Thank you for your per usual excellent comments and pix. BTW, Ill be sending you a PM today.
Some of the same morons who throw their trash around in National parks also vote. That alone would explain the state of American politics. ~ John Gierach, "Still Life with Brook Trout"
Top

Ray & Bill,
The duo of Hornbergs that you guys have presented are simply fantastic! Bill, your version of this venerable pattern is perfect! Thank you for posting it!
Ray, your Bob Leeman version is out of this world good and with the grizzly hackles down each side, this one has smallmouth written all over it! I can't wait to try each one of your versions fellows! They are special and they are beautiful and there is no doubt that they are killers!
Ray, the picture of your dad is.....a classic and truly wonderful! What memories it must envoke! All of us on the forum are so blessed to have both of you, Bill and Ray, at the forefront demonstrating and displaying your talents through these beautiful patterns!
As always, impressed beyond belief,
Doug
Fish when you can, not when you should! Anything short of this is just a disaster.
Top
Post Reply
9 posts • Page 1 of 1