Found this in A Handbook of North Country Trout Flies by Roger Fogg and thought it was quite different.Have to admit it is quite striking to look at in hand.

Hook. Partridge Spider L3AS size 12.
Silk. Pearsalls purple#8
Wing. Two wing slips from opposite primary wing quills of a hen pheasant.
Tail.A few fibres from a speckled Partridge tail.
Body. Purple seal (can't believe I had some.) ribbed with gold wire.
Hackle. Feather from the back of a Partridge. 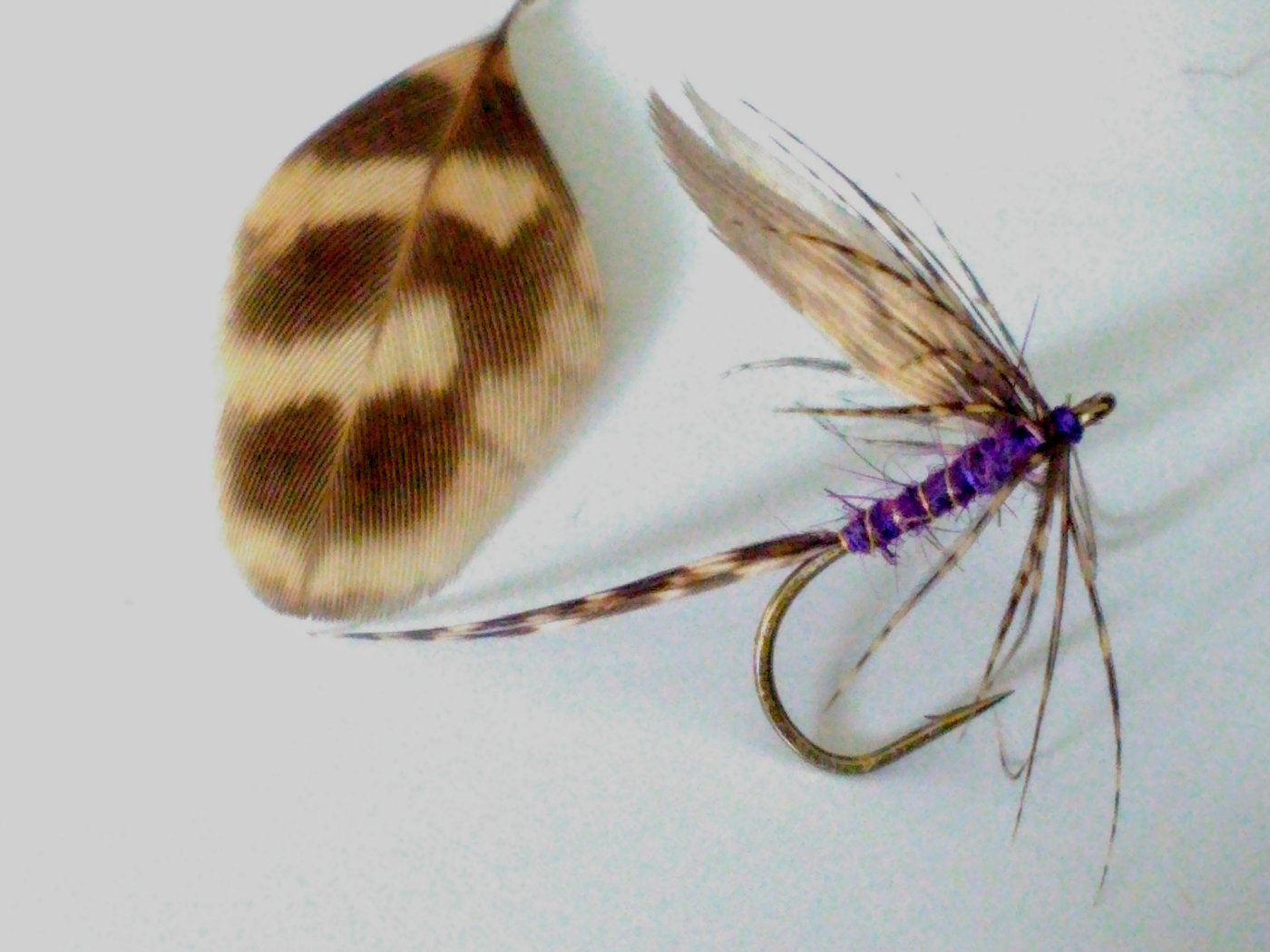 Yes, it is quite striking. Very nicely tied, should be very popular with the fish.

"A thing is right when it tends to preserve the integrity, stability, and
beauty of the biotic community. It is wrong when it tends otherwise"
Aldo Leopold
Top

Nice, Tom.
I’ve noticed when I use purple thread, the pattern works very well during isonichia time on the Beaverkill / Delaware waters.
Dana
Soft and wet - the only way....
Top

did you touch dub the body or is that just roughed up silk and what's the hackle -brown hun opposed to the gray hun feathers?
Top

Tom, nice, but... "I have never seen a purple march brown, and I hope to never see one, but this I will tell you any how I would rather see ... "

That is what that reminds me of.

John! Don't have an idea what you are talking about?
"We argue to see who is right but we discuss to see what is right"
Top

Tom, you mean you never heard of "The Purple Cow" poem by Gelett Burgess????

got the info on your facebook post. I guess I misread the body. I thought it was purple floss and didn't see it was purple seal. thanks.
Top

Purple seal? Must be a Californian.
Love both fly fishing and fly tying, been doing it for a while
But not much good at either
Top
Post Reply
20 posts