The Little Sky Blue. I found this fly in A Handbook of North Country Flies by Roger Fogg in the chapter Winged Wet Flies for Rough Streams .The dressing goes back to A Quaint Treatise on Flees and the Art of Artyfichall Flee Making by W.H.Aldam 1876. According to Aldman the book is based on the manuscripts of an old man of 18th century origin.
I was researching this topic while waiting for my copy of Rediscovering Cutcliffe to arrive. The 2 books may have some things in common. Only time will tell and it is a long winter. 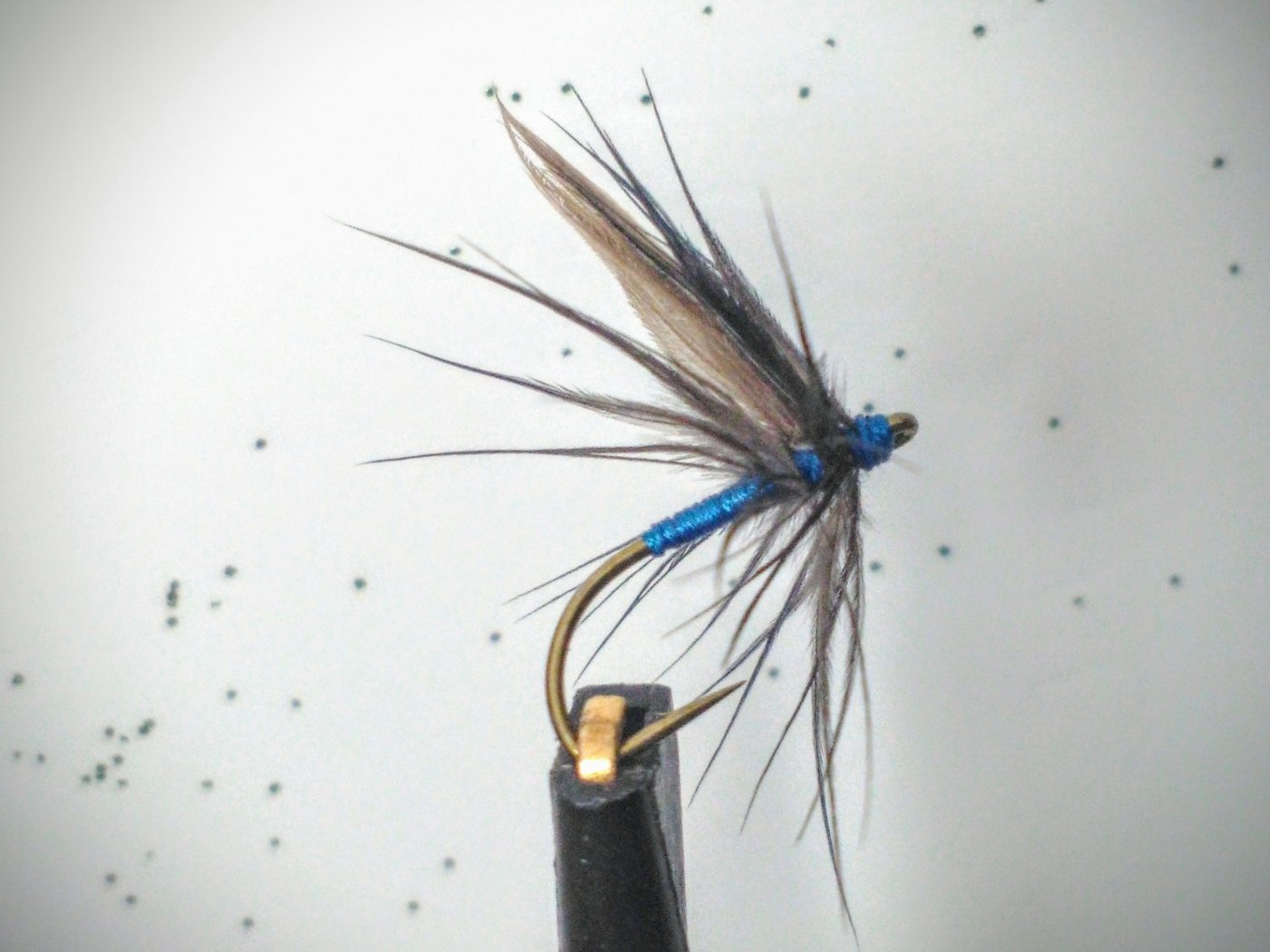 Beautiful fly. I'm going to tie some flies with blue thread and see what the trout think.