This chart is different: 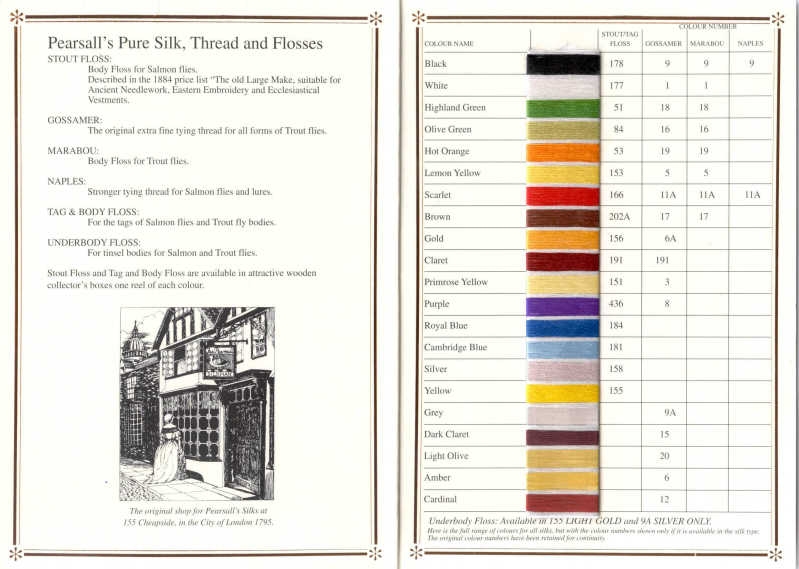 Those are some of the differences. No 7, Blue in gossamer. You find the rest.

This is a link to a conversion chart by Rob Smith from that other forum.
https://www.flyfishing.co.uk/fly-tying- ... ost2493138 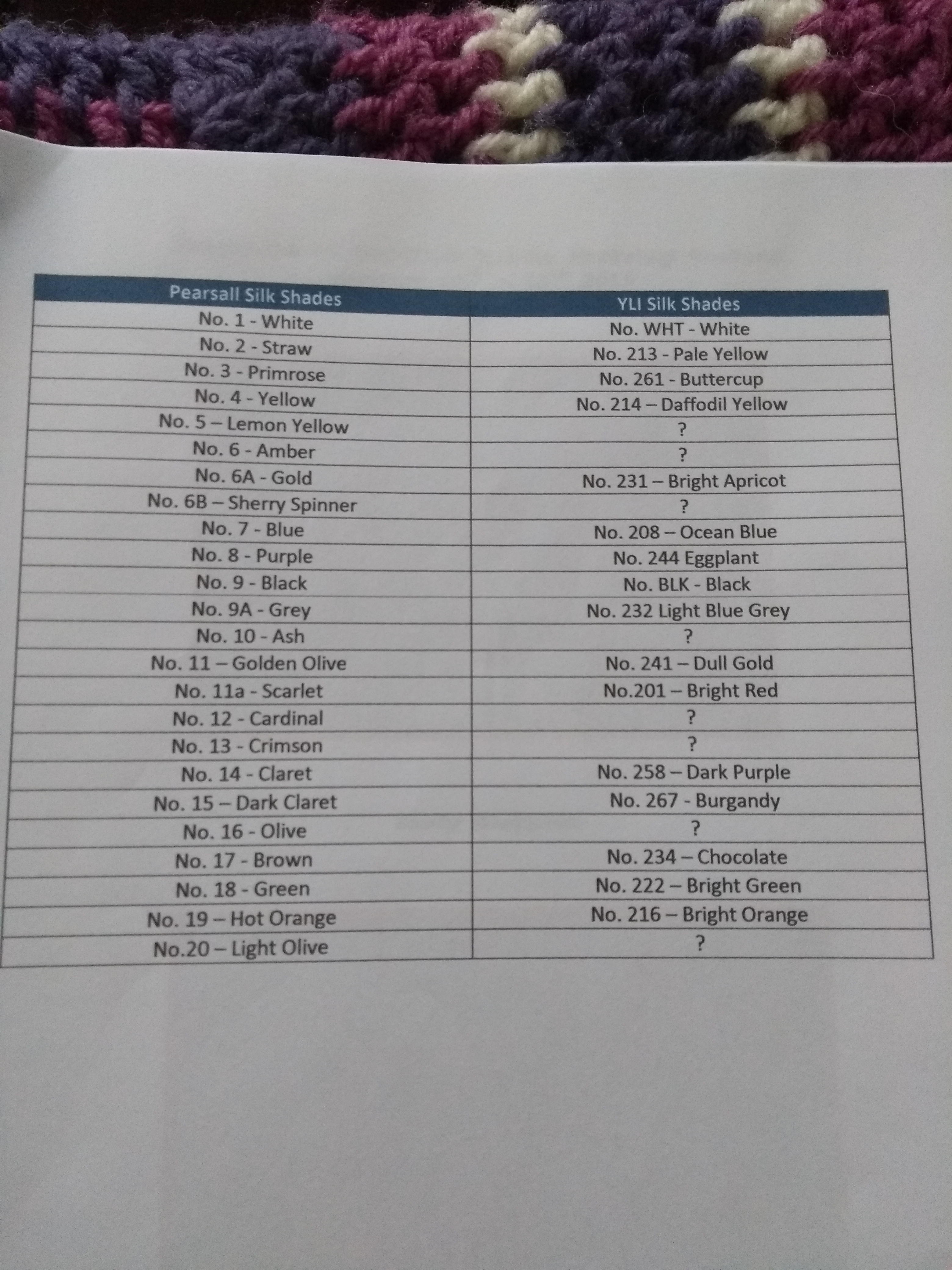 Here is. Pearsalls colour chart I found recently. It’s for embroidery silks but interestingly enough all the colour patches are of real silk thread. However none of the numbers seem to relate to Gossamer thread. I’m amazed at the large numbers of shades!
Barry 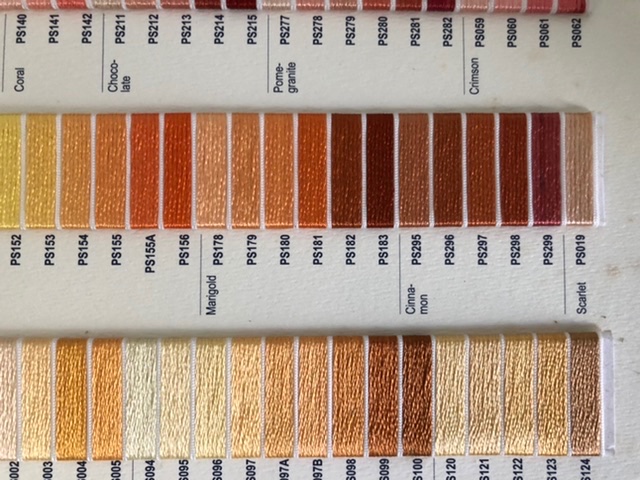 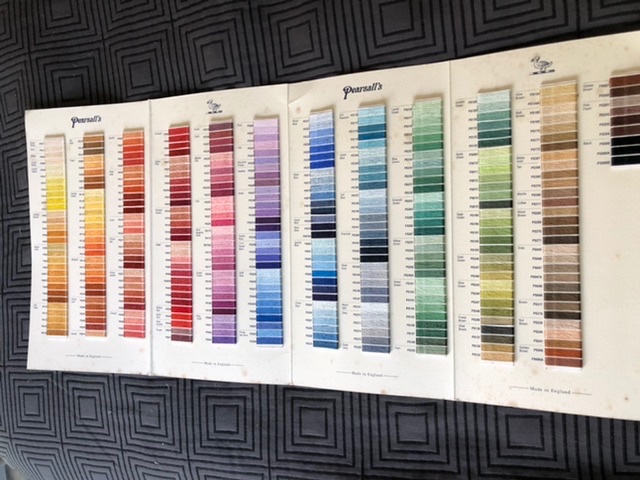 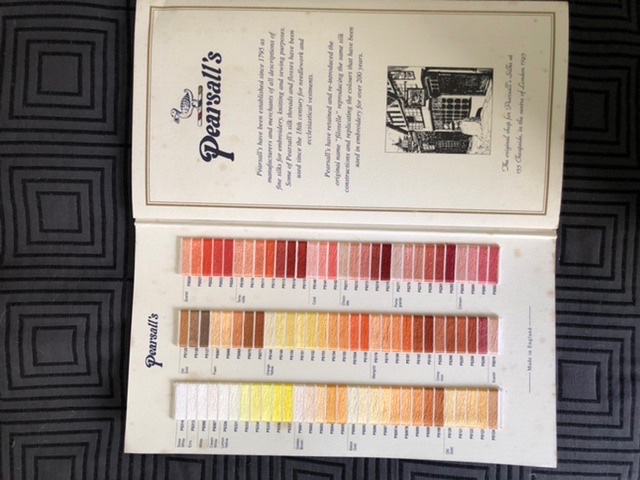 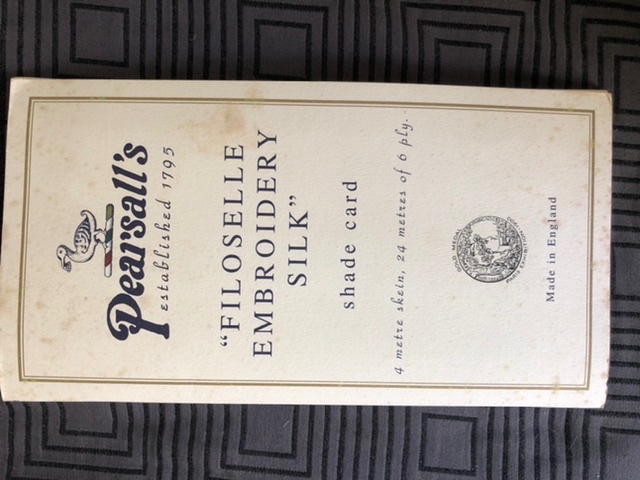 Love both fly fishing and fly tying, been doing it for a while
But not much good at either
Top

I've been searching for silks to substitute Pearsall's colors, too.

One I've found that is a VERY close sub for 6B Sherry Spinner is Kimono Silk thread #370 Teriyaki.

Take a look at it on line & see what you think.

One I've found that is a VERY close sub for 6B Sherry Spinner is Kimono Silk thread #370 Teriyaki.

Take a look at it on line & see what you think.

You are spot on Paul. I selected that as well for the best 6B substitute. I should have a good Kimono list up very soon. The Kimono #367 is also a great match sub for Ash.
I hate it when I think I'm buying organic vegetables, and when I get home I discover they are just regular donuts.
http://www.oldhatflytying.com
Top

Pearsall Dye Card No.2 this is supposedly from where all the Gossamer shades originate. Interestingly, their gossamer shades subtly changed in the early 70's and then again in the early 80's when they also went over to plastic spools. I spoke with John Cunningham many years ago at the BFFI about his work at Pearsalls, and asked who was the the dyer employed previous to him. He stated there wasn't one!
Which leads me to thinking that they either stopped producing gossamer silks in the 70's, and took up production again in the 80's when John joined the company. Or that they were simply re-branding another company's silk and lost their suppliers in the 70's and 80's. Hence the subtle shade changes of these periods, not being able to get the originals, they get the nearest shades they can get, later employing John to get as close a colour match as he could. The whole purpose of having shade cards is to have perfect consistency of colour, something that doesn't happen with Pearsalls!

Here we've been working hard attempting to "match" Pearsall's original colors & they haven't even been doing it themselves.

Close enough is good enough, even in Horseshoes & Hand Grenades … and Pearsall's colors.