Here's something interesting from R.B. Marston's 1895 book Angling and How to Angle. It seems to be a very clear description of fishing a hackle wet fly during an emergence of ephemera. He suggests building up the thoracic area to better simulate the nymphal form.
Marston was the Editor of the Fishing Gazette and a friend of Skues. 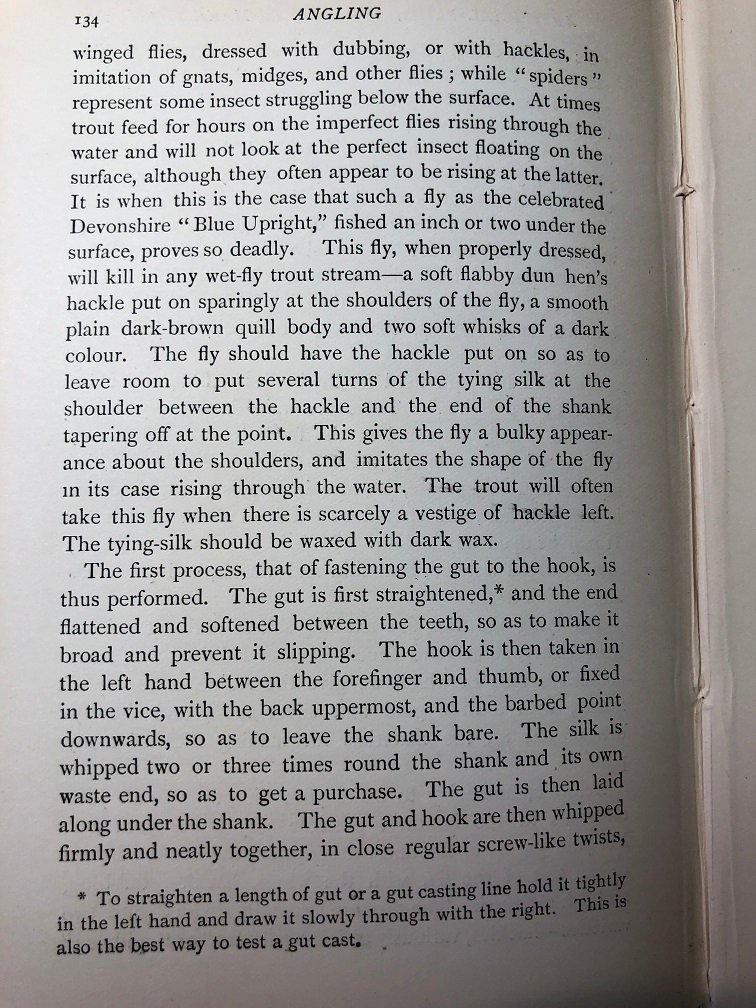 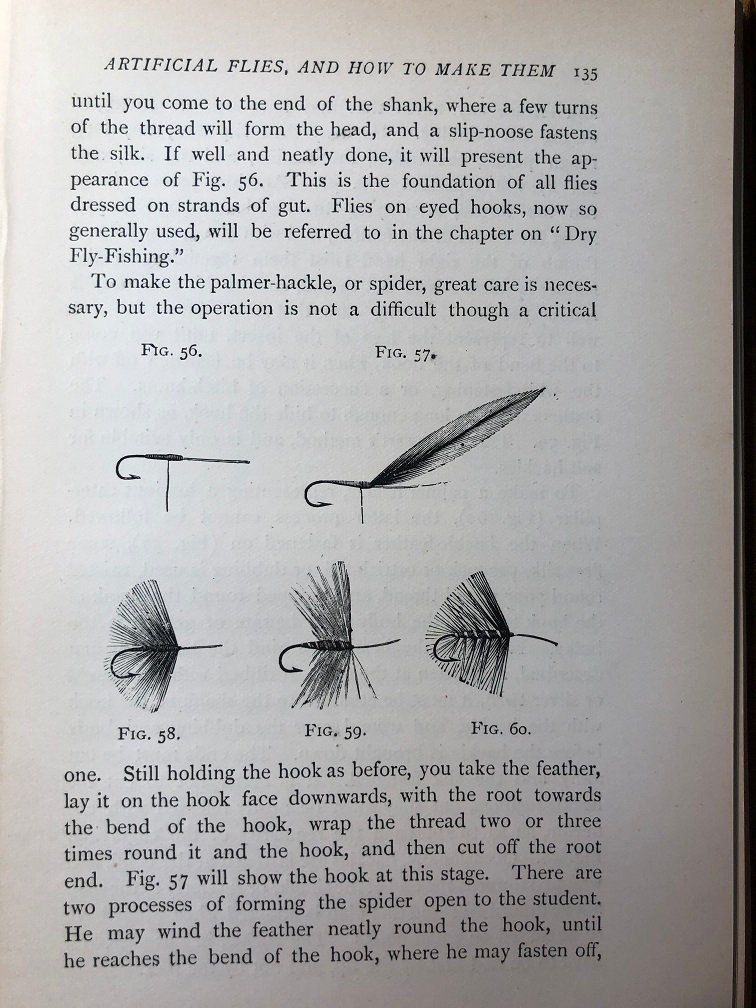 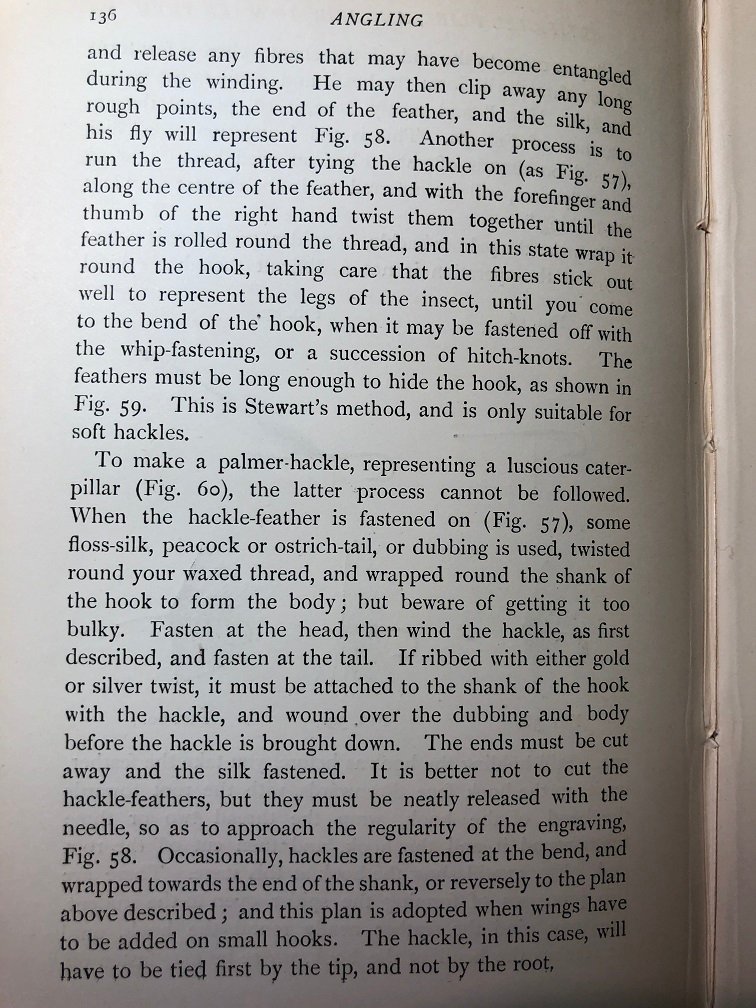 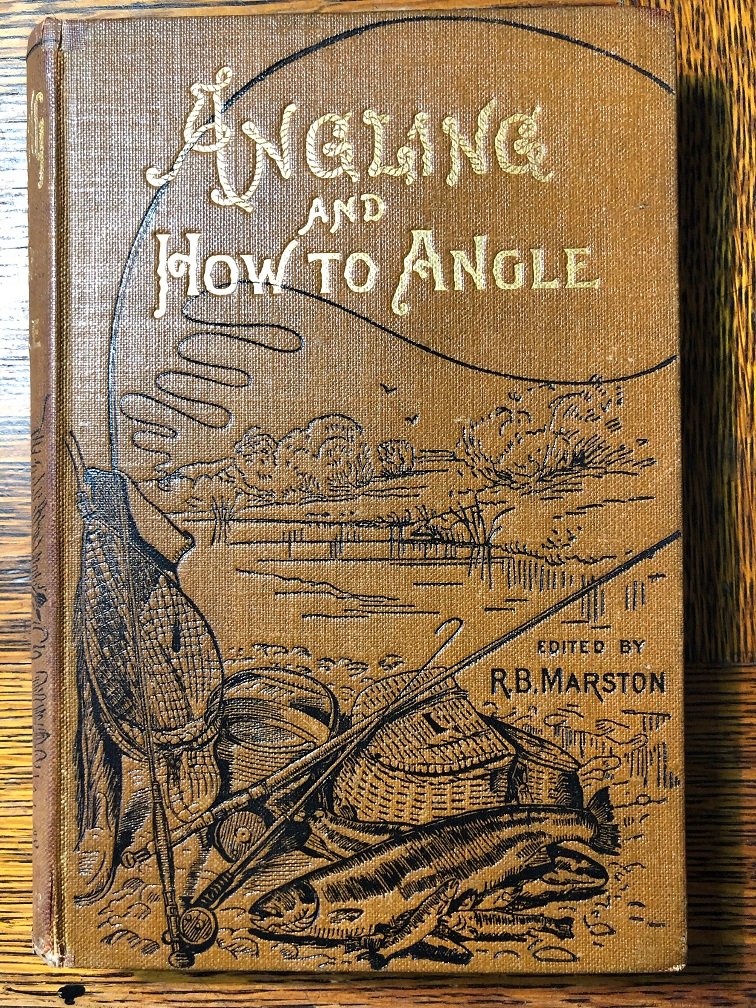 There is also a short chapter on North Country Flies written by Francis Walbran which I will post soon.
Top

Thank you John, very interesting. For your information; soon is now, where is Walbran?

OK, I'm posting it under another thread so it won't get "lost!"
Top

I love this John. Very interesting to me to see this. I have often wondered when and where the earliest purposeful emerger fishing was clearly described. Not say this is it, but this is clearly a very early description of fishing a pattern as an emerger.
I hate it when I think I'm buying organic vegetables, and when I get home I discover they are just regular donuts.
http://www.oldhatflytying.com
Top

Thanks for posting this. Love it! Interesting to me even way back then they realized how much the fish fed near and just below the surface instead of eating floating flies on the surface.
Top

Great post John. I really love the cover of the book, very classy! I am in the middle of a book you mentioned in another post, The Fly-Fisher's Craft by Darrel Martin. He refers to several books, one being River Angling for Salmon and Trout (1840) by John Younger. I don't have that book, but Martin quotes a few passages. In it Younger alludes to emergers as well. He describes how he "mutilates" a spider.

Quoting from Younger = "When the flies come up thickly to the surface...and no trout takes them: for a trial of skill mutilate the wings of your flies by picking them off about half-middle (not cutting Them): of rather by tying down to the top of the wings to near the tail of the fly, which makes its appearance something likie the maggot realeased from its first case on the bottom stone, and on its ascent to the surface..." (Page 34)

Quoting from Martin - "To mutilate the wings, use the fingernail to rip the wing off at half-middle - leaving a truncated wing." ... A half-wing might suggest an emeger, and a quarter-wing, a nymph... In any case, it is little wonder that Skues, the nymph master, owned and studied a copy of Younger's book." (Page 34)

I would have posted pics of the pages, but it is copywritten and I don't have permission.
Top