Just an observation that I noticed last week after unpacking from a trip and seeing what flies I needed to tie but it seemed that the flies that were chewed up and beaten up after catching a few fish seemed to worked better than a "fresh" new fly. Perhaps I over dressed the flies or it just goes to show that you really don't need much material on your hook to catch fish. I thought that may be a chewed up fly traps more air bubbles, but that is just a guess. Anyone else ever have this experience?
Top

I have no way to prove this, so take it with a grain of salt. I think the more chewed up the patterns are, the more they look like emergers and drowned cripples. Just an opinion.

Oh yea! When you grab a chewed up beauty from your drying patch instead of going to your favorite fly box.....yes, you have just confirmed the obvious! Try a hackle only pattern! Or a Stewarts spider! You will be amazed at how the skimpy patterns perform or sometimes out perform the newbies!
Just an observation,
Doug
Fish when you can, not when you should! Anything short of this is just a disaster.
Top

Otto, I can confirm what Wayne and Doug have offered, and I'm glad to hear you found this to be true on your outing. I am curious to hear which patterns you found this to be true of. For myself I have a couple thoughts on this in particular. I hear this little trope often years ago when I first started. Chewed flies seem more productive than fresh ones. It doesn't square with logic on the surface but makes perfect sense when you consider the action of the pattern, the mobility-mimicry. I haven't had issue with many of my patterns as I've falling head first into a routine of tying and fishing flies that seem disheveled at best and downright mangled at times as they come off the vise. Flymphs embody the description of a fly well chewed.

I have a P&O, tied by John Shaner that he tied to my leader on the firehole and the silk is waving free and hackles are missing, but I fished it to the point of no confidence although it never stopped catching. (partly it looked like the kind of souvenir from that trip I could not replace). I've also fished a few pheasant tail nymphs that have come undone after a few catches and they work too. I replace them because they don't resemble my original intent, but they worked, wing case ripped up and a hurl bare abdomen. They work.

And especially flymphs with missing hackles and chewed bodies continue to produce even when they move past the elegant form of a JL or PH imitation. They already have it, they are hard to destroy the body and basic silhouette. Part of the attraction.

Hans made a comment a decade ago that stuck with me, as have many on this site. He simply said (paraphrased) "if chewed patterns are more effective I would just tie them with the attributes that a chewed fly offers." I've tried to live up to that, or at least it haunts me when I don't.

You've struck on a well documented point and I think here more than in most places you'll find folks tying with this principle in mind.
"A man should not try to eliminate his complexes, but rather come into accord with them. They are ultimately what directs his conduct in the world." Sigmund Freud.
www.WilliamsFavorite.com
Top

I think as tiers, we fall into the perfection trap and tend to try to tidy our tying as we become more experienced.
Not that there is anything wrong with neat thread control, tidy heads and the less is more approach, along with proportion and good form.
I am talking more about the finished article and what our eye perceives to be a good looking fly- we develop/lean more toward tidy than straggly.

Remember when we all started out and the flies we tied, they were pretty rough looking- right? But they caught fish. If they didn't we all would have given up a long time ago.
As William pointed out, I think Hans is thinking along the right lines, why tie "show" class and wait for it to get beaten up to advance from a good fly to a really good fly?
"Listen to the sound of the river and you will get a trout".... Irish proverb.
Top

Do you have a copy of "Masters of the Nymph". If yes, take a look at the chapter towards the back of the book. I think it was around page 258. There is a great little anecdote about well chewed flies, as told by Raymond Baring. A great little story. 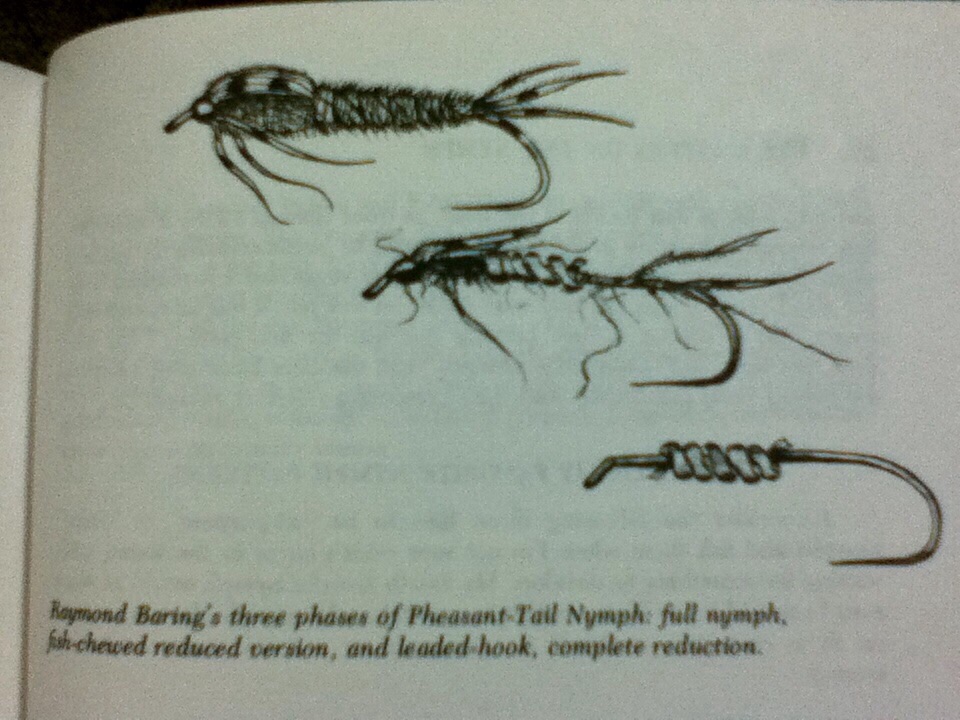 This is all great food for thought...

I take The Masters on the Nymph minimalist last fly and fishing story with Baring to be more a lesson in matching the hatch and getting to the proper depth with a midge (pupa wire thorax on a bare hook?) rather than just a chewed up nymph. Most of this book is devoted to bring wet fly anglers around to nymphs (flymphs included) rather than the dominant winged wet fly fishing of the time. A minimalist tie I use for this type of fishing is Galoup's BH Crystal Dip which performed well on Armstrong Spring Creek for similar fishing. Another wingless minimal midge pattern of mine worked as well after a breakoff of the Dip.

Besides a beaten up fly, I think another major consideration is presentation. Most of the times a fishing fly of mine has been chewed to oblivion it is in those conditions where the feeding frenzy may have been selective in nature. I had found the right location, the right depth and the right retrieve to start to feeding spree at the right time in the hatch. Whether it was the right fly or if one similar would work is a question I have never taken the time to throw fun and caution to the wind to test by changing flies at that crucial time. If I have broken off a fly in that sequence, a pristine identical pattern fly is wetted to sink immediately like a well used fly that probably has all the tying pheromones washed off. (There is some Salmon fishing lore that female tying pheromones land more record Atlantic Salmon than flies created by male Gillies.

I can think of several occasions when the beaten up fly was tried again the next day at the same time and place with minimal results. As Heraclitus said..."It is impossible to step into the same river twice."


The last word in tying perfection is something I learned from Gary Lafontaine who said that "Ugly is Better" when it came to matching the hatch. 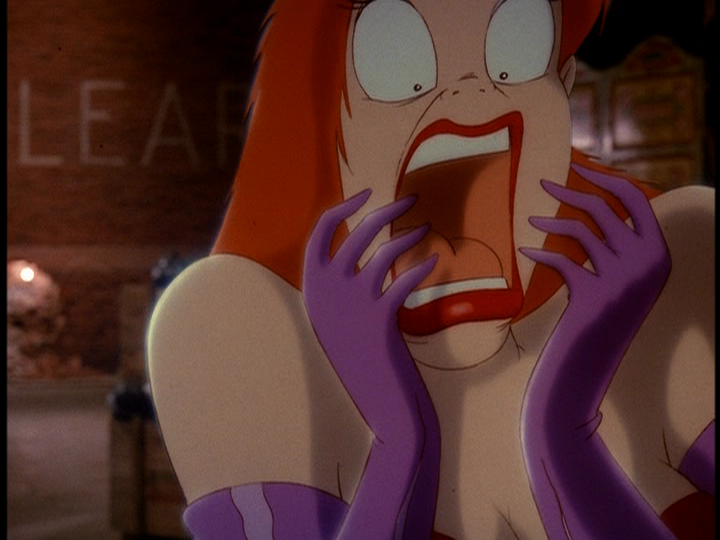 Sorry. it was the first thing that crossed my mind.

Assuming that the fly shown is the Crystal Dip, I think I'll add a few to my still water box. They should work well for bream and crappie in about 6 feet deep water. Deeper than that, I don't like to use a fly rod. It's just not what they were developed for, and I don't find it fun to fish that way.

Yep... the true secret is out!!!!
I use to fish with a guy "way older then me..." back many years ago. He would always carry a box of fresh ties... "all the bells and whistles.... flies". He woulds stand there on the stream.... take out one of those flies.... hold it up for the light and adjust each bit until in perfect placement..... then..... bend over as if to touch his toes..... grab up a hand full of creek mud, sand gravel.... add that fly and "smash the hell out of it".... right into the muck, right before casting it!
You can only imagine what that fly looks like, flipping and tumbling through the air as the bits of nature fall to the wayside.... And yes.... he was hard to keep up with as to numbers and quality of fishes taken!
But let me say this..... I've always wonder if it was all for show! Was it a way of distracting anyone near him from the fine tuned casting and placement of his fly? His ability to "know" where fish should be..... reading of the water.... sun in my eyes, not his..... was it the years on the end of that beat up rod that caught those fish? Or the looks of a fly?
Keep thinking.... its runs like this that educates or confuses the masses!!!
FliTrap isa flippen'
Top

That old timer must not have been a traditionalist or else he would have carried Fuller's Earth instead of mundane local mud which I use on occasion.