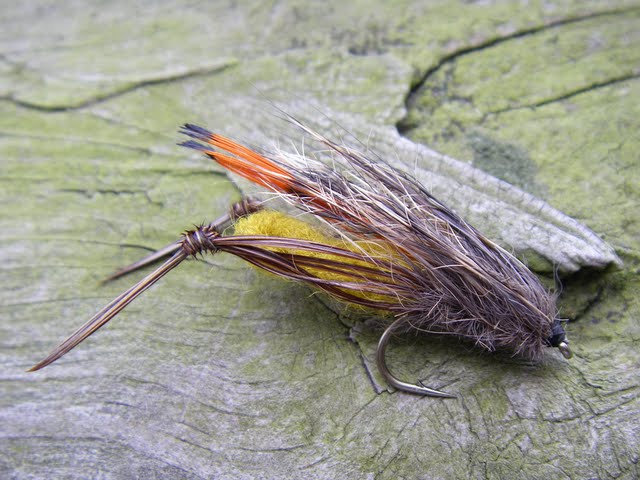 I know this fly looks out of place on this forum, but it was actually inspired here as a result of the recent IBF hair hackle swap. I started playing around with the idea of coming up with a sinking hair-hackle hopper pattern. After a number of not-so-good attempts, I think this looks like a good fishing pattern. The pattern uses absorbent materials to allow it to soak up water and sink below the surface to imitate a drowned hopper. I suppose the hair could be treated with some floatant to allow it to ride low in the surface film. Once the fly has been soaked with water, it should land on the water with a soggy "plop".

I trimmed the body below the hook, which seems to give the pattern a little better profile. The fly has a nice soft texture which may also add to its fish appeal.

Anyway, thanks for the inspiration. I went astray with the hair-hackle technique, but it looks like a pattern worth field testing. 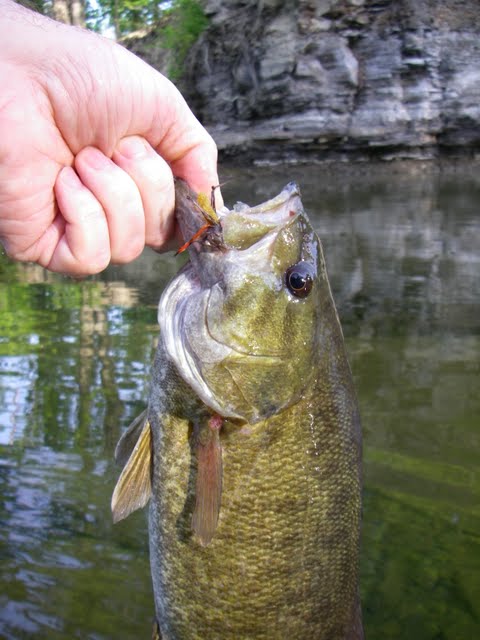 There is a rehab facility in Montana. If you want there contact information I can get it to you. All is not lost, there is hope, but you have to want to get better. No one can get you clean until you're ready.

At this point I am still in denial and I do want to get better. I'm having too much fun going astray to quit now. Although, a rehab facility in Montana may be near some good therapy streams...

OH WOW!, I should totally delete this thread, but I can't.

I find the the flies too fascinating to get rid of them.

Makes me ask, how many use hopper imitations? When? For what species? Interesting Idea - A soft-hackle hopper. HMMMM.

Mark
"I have the highest respect for the skilled wet-fly fisherman, as he has mastered an art of very great difficulty.” Edward R. Hewitt

I too have strayed

Pat...what is the tubing that you encase the legs with? (larva lace?)
http://vern-o.blogspot.com
Top
Post Reply
37 posts