(nb mods, I didn't see or know about the cabin thread so please move this post there under Johns Badger Opener post if you feel appropriate)--I still don't know my way around this place.

Yesterday this FIB wandered north to Madison Wisconsin for the Badger Spring Opener--to meet with Phil and the Forum Ghillie and some other misfits--and I decided to share a few pictures of the occasion: 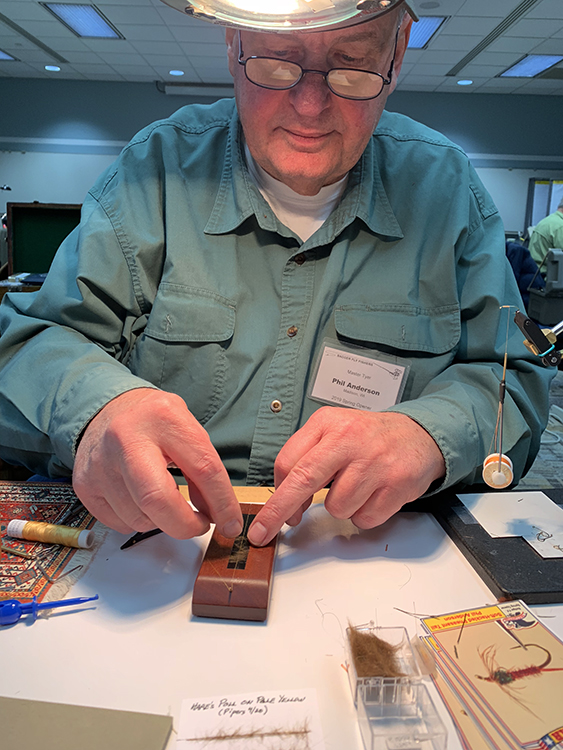 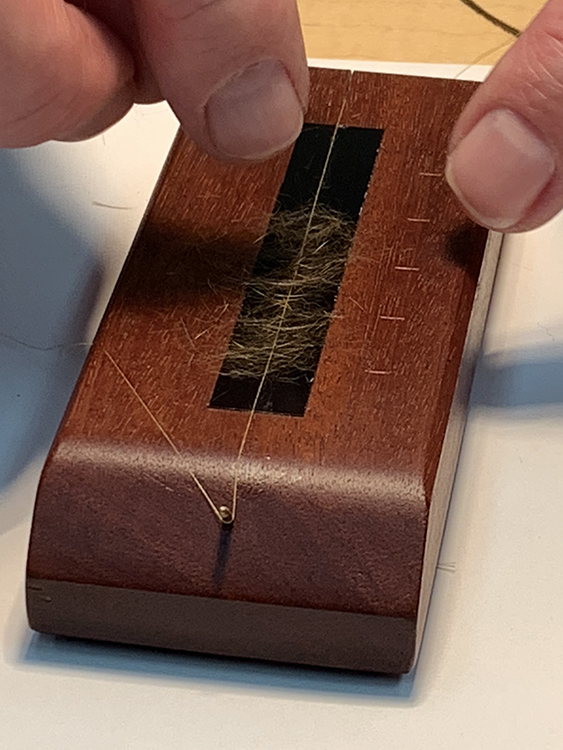 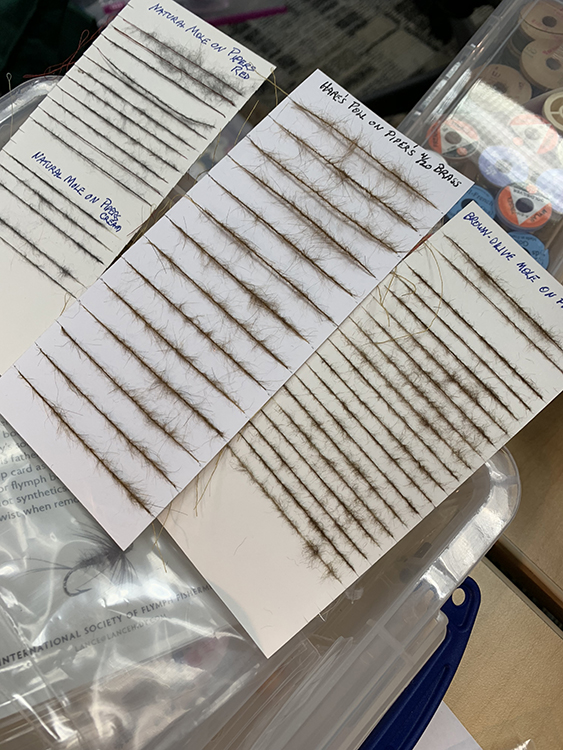 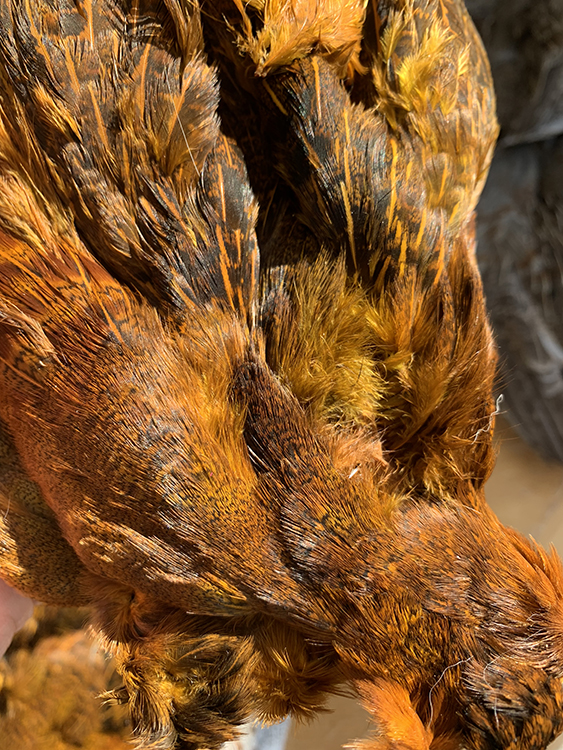 Phil's superlative trading cards! Collect them all! Trade with your pals! 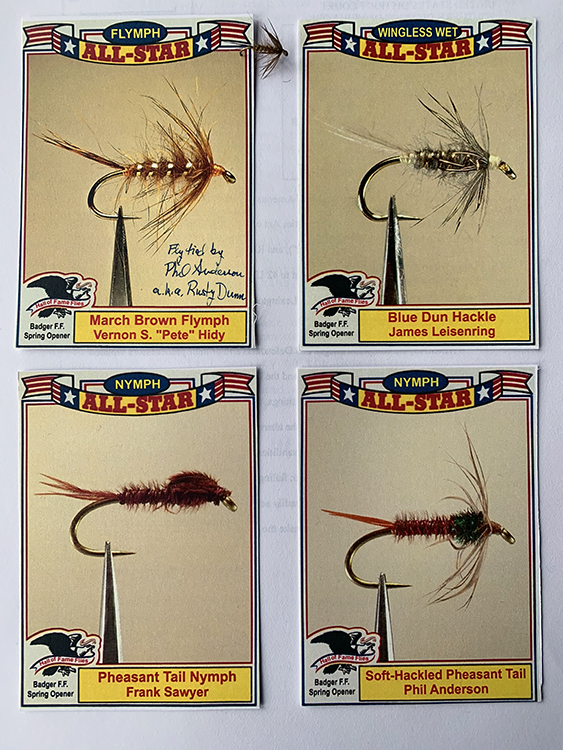 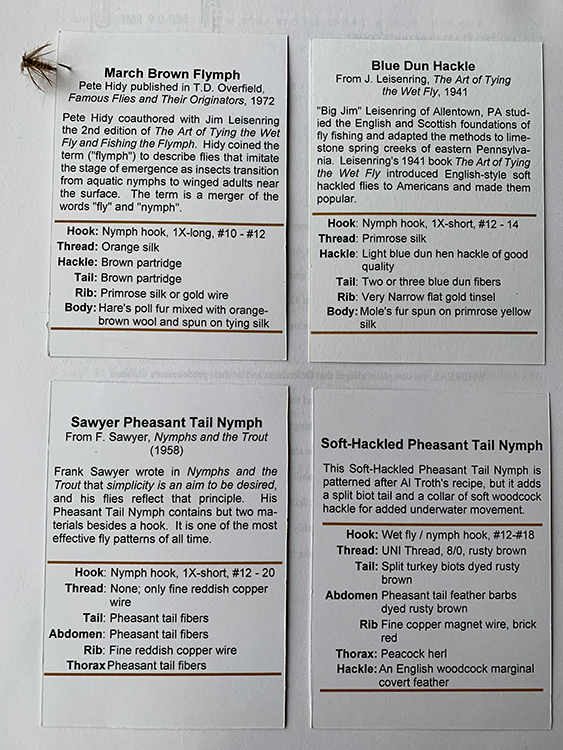 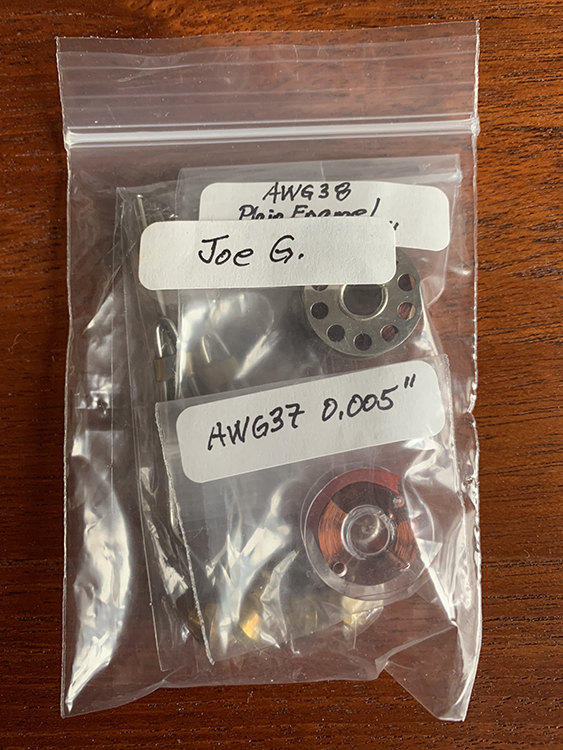 There was also some gossip..... 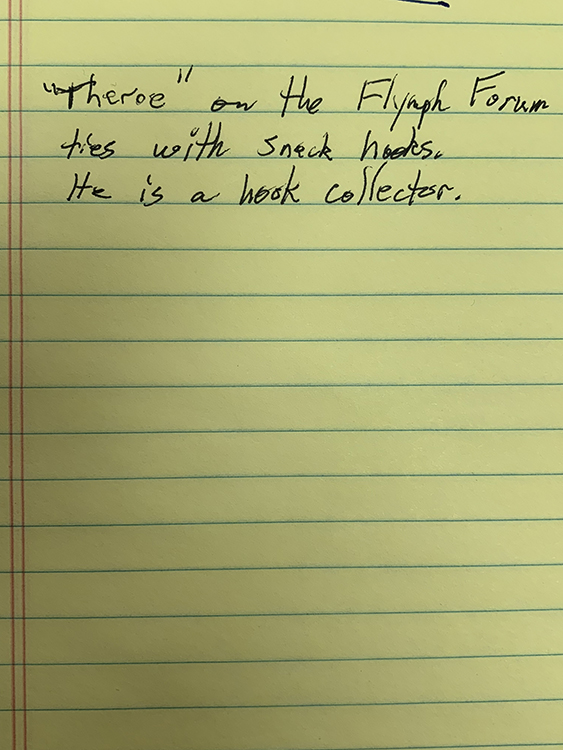 Gotta collect them all, is right. Those cards are an absolutely brilliant idea. (Phil - Do you sell those? I’m definitely interested! If you do.)

That dyed partridge is so beautiful. Buying two was a great idea.

Thank you very much for sharing these pictures. What a great event.

PS - the gossip cracked me up.

Great post!!!I think I would have enjoyed being there and I like tying on sneck hooks.And also, do the cards come with bubble gum?

Tom.
"We argue to see who is right but we discuss to see what is right"
Top

Its great that you guys live close enough to enjoy these outings...I'm trying to recruit some new members out here in my neck of the woods so that we can share the same good vibe...tight lines to you all.
Top

Fine gentlemen at a fine gathering!
Looks like another excellent tying event.

The Badger Fly Fishers Spring Opener is always enjoyable, but yesterday's iteration was over-the-top fun. John S. (the Forum Ghillie), Joe G. (Mr. Bearbutt), and several others drove long distances to attend the festivities. Thank you for making the day so memorable

Such gatherings bring a lot of friends that I see far too infrequently. Many of those friends are very talented fly tyers, and it's great to see them work their magic. My close friend Henry and I have taught a Trout Unlimited fly tying course for 14 years. Thus, we know an awful lot of Wisconsin fly tyers, and I enjoy seeing many of them at this annual show. Sadly, there is never enough time to properly catch up with everyone, as the show is pretty hectic.

I'm a one trick pony, and I always seem to tie soft-hackled flies of some variety at such shows. Yesterday was no exception, but it was the first time I gave William's magnificent spinning block top billing. Interest in both soft-hackled flies and the spinning block was high. William, I suspect you can expect some inquiries about buying blocks, because several people took photos of the underside of my block, which contains your contact info.

Ray, about those trading cards, this was a first-ever edition. I always hand out pattern sheets of flies that I demonstrate, but the idea of a 'baseball card' version occurred to me only last Sunday. I fussed with the layout, design, and printing during the week, and finished them Friday afternoon. I think they're pretty cute. Many more people picked up the pattern cards than would normally pick up printed pattern sheets, so I guess they were well received. Version 2.0 will probably use different card stock paper. The matte finish of the cardstock I used muddied up the photos a bit, and I think I can do better next time. The cards proved to be a good way to give away demonstration flies. I just stuck the fly hooks through a corresponding card. Sell the cards? No way, but I'll gladly give them away. Send me your mailing address in a message, and I'll put all four into an envelope.

The highlight of the show for me was seeing some historical memorabilia that Bearbutt brought to share. Joe is a true scholar of fly fishing and fly tying history. The museum-worthy historical pieces he brought yesterday gave me goosebumps. I was verklempt. For example, 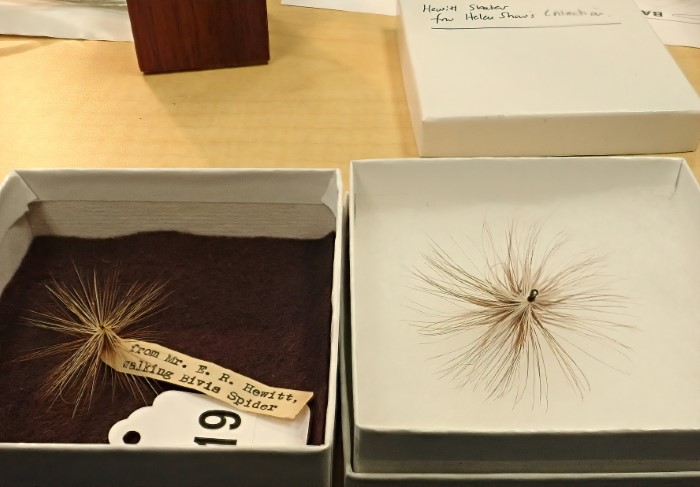 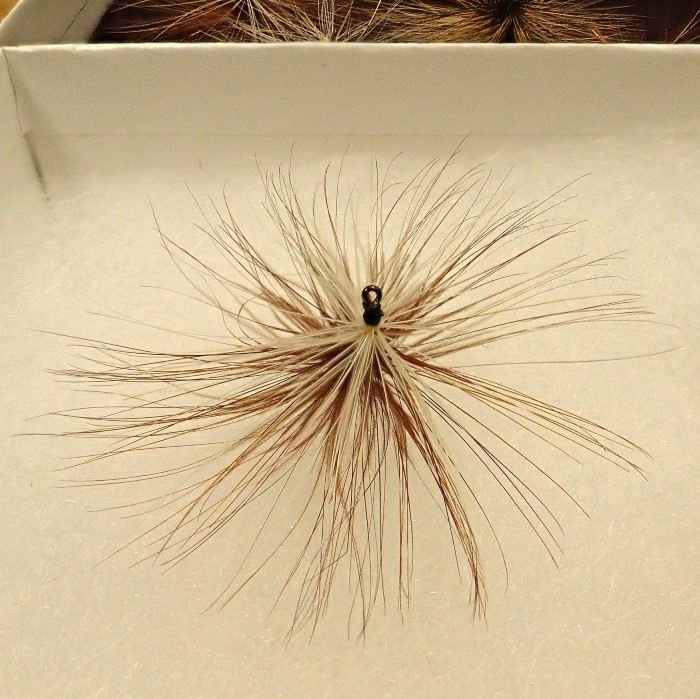 The barred grizzly beard nuzzled up to this Hewitt Skater is none other than Obi-Wan Bearbutt himself, who ties Skaters that would make Hewitt blush with pride: 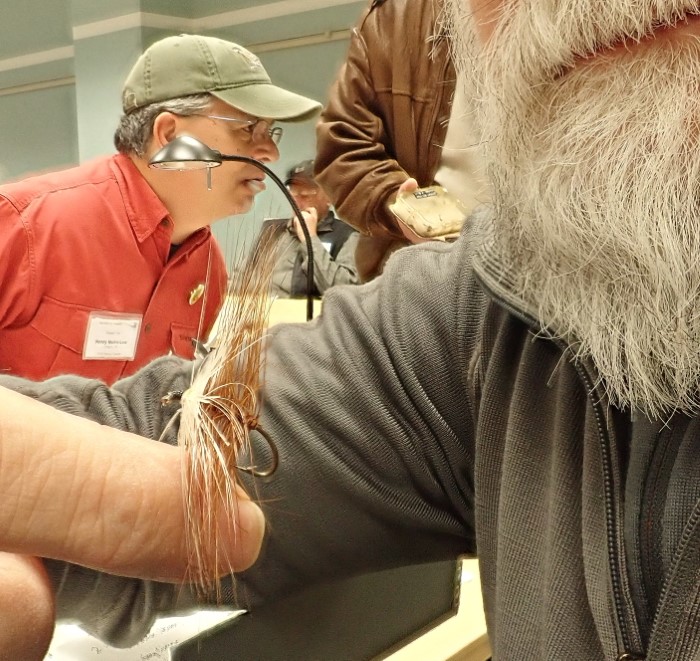 And then there was Datus Proper's traveling fly tying kit. It is the very same small kit described by Proper on page 231 of What the Trout Said (1982). If you don't already know about Proper's book, it is a masterpiece of understanding fly design and trout behavior. As a fly tyer who admires the book greatly, touching and feeling the materials was almost a religious experience. My friend Henry was awe-struck, because he did not know that Joe was bringing it. A sample of the kit's contents: 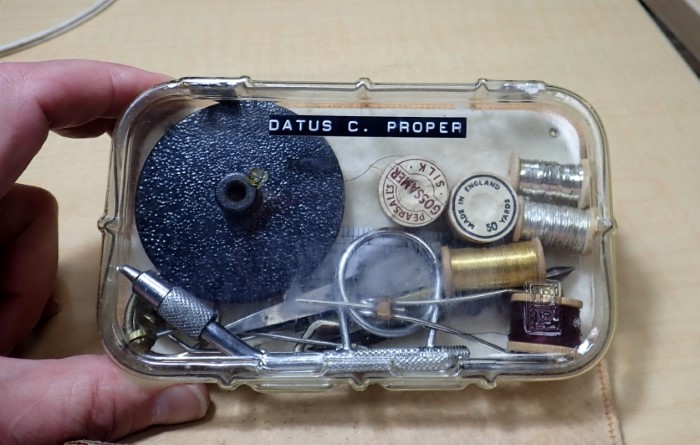 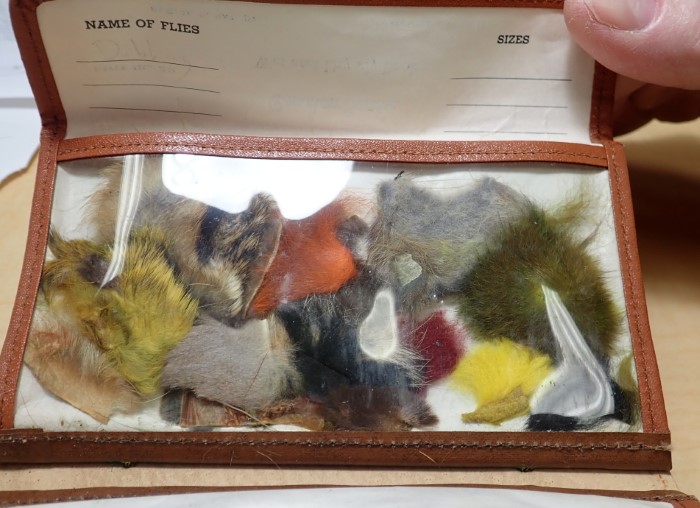 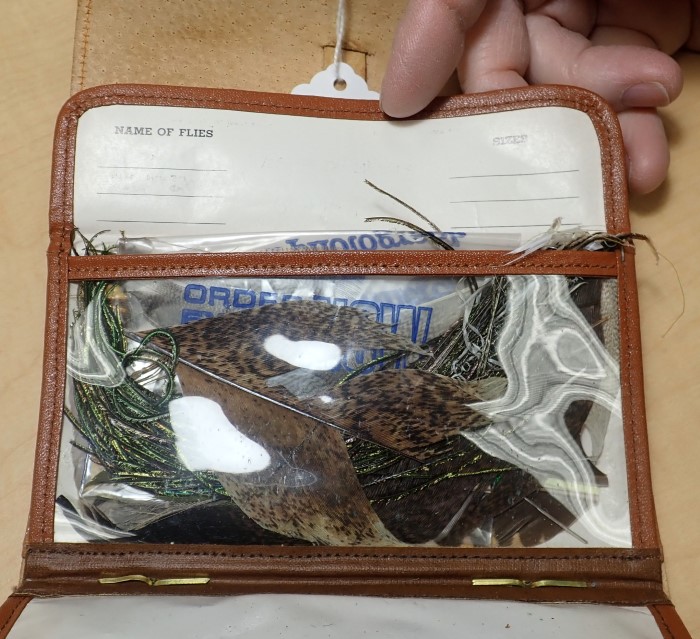 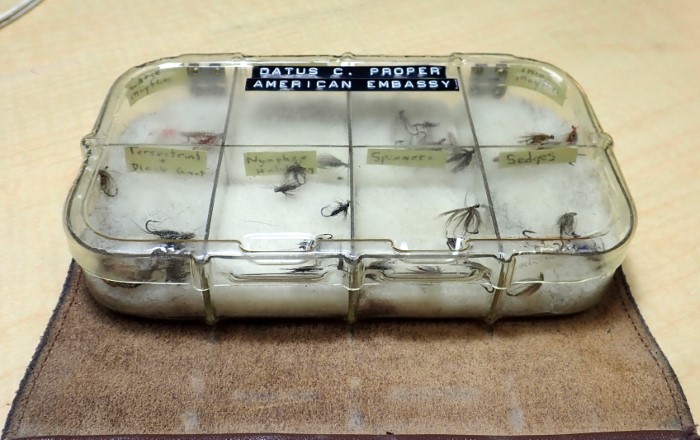 And last, but not least, Datus Proper's one week Irish fishing license from 1975: 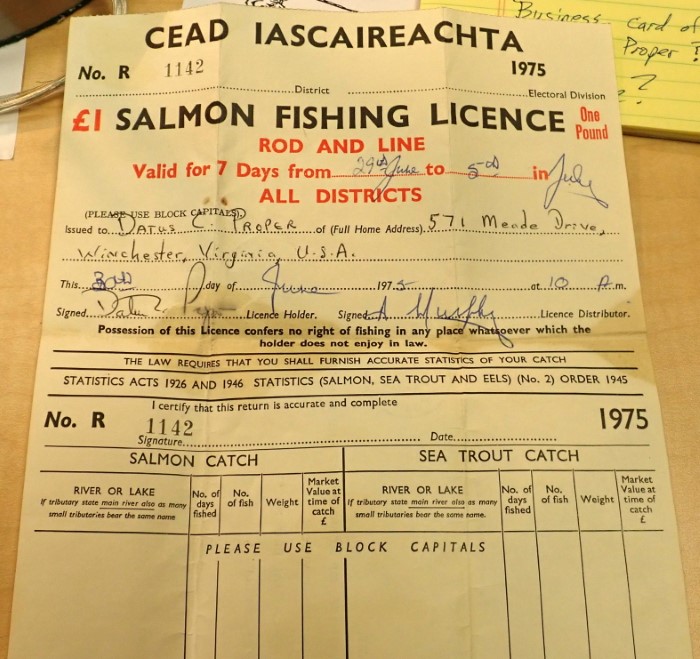 Holy cow, Phil! Thank you for posting those great photos. As an avid reader of DP I can't begin to tell you how cool that is to me just to see the pictures, and I shiver at the thought of actually seeing the items themselves.
Jim
Top

Very cool thread, especially interesting to see the Datus Proper stuff. I share Phil's admiration for What the Trout Said. I've lent that book to more people than any other fishing book and I read it every few years.

Wish I'd have made the show but after so much travel and driving lately, a lazy Saturday at the vise with a few cups of coffee won out.
Top
Post Reply
35 posts