This was inspired by Wayne's recent Muskrat series of muskrat flies. I've been thinking about making some Conover dubbing (made famous by the Dette's of Roscoe area Catskill New York). I figured I could blend muskrat underfur with a series of different color yarns to see how they look.

(I am not trying to rehash the recent discussion about photography, I was just trying it out for myself. The backgrounds are paint samples I picked up at the local Walmart.) 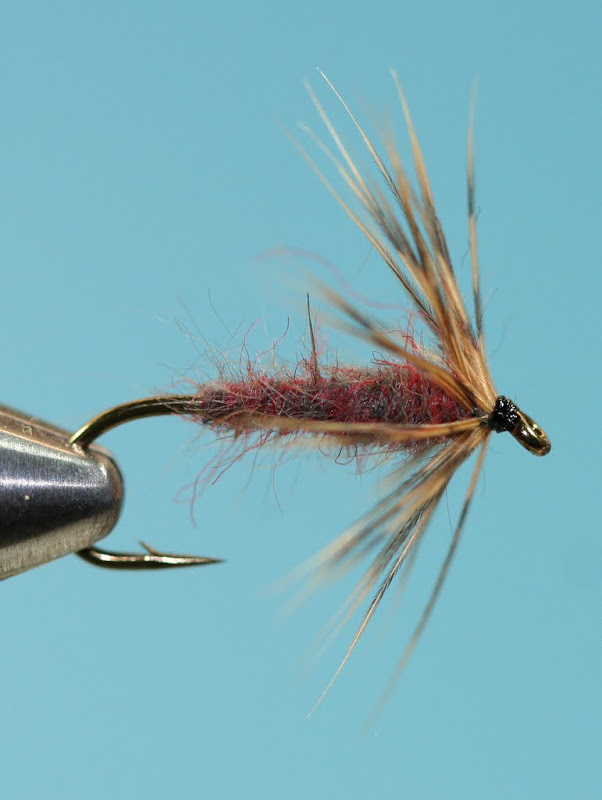 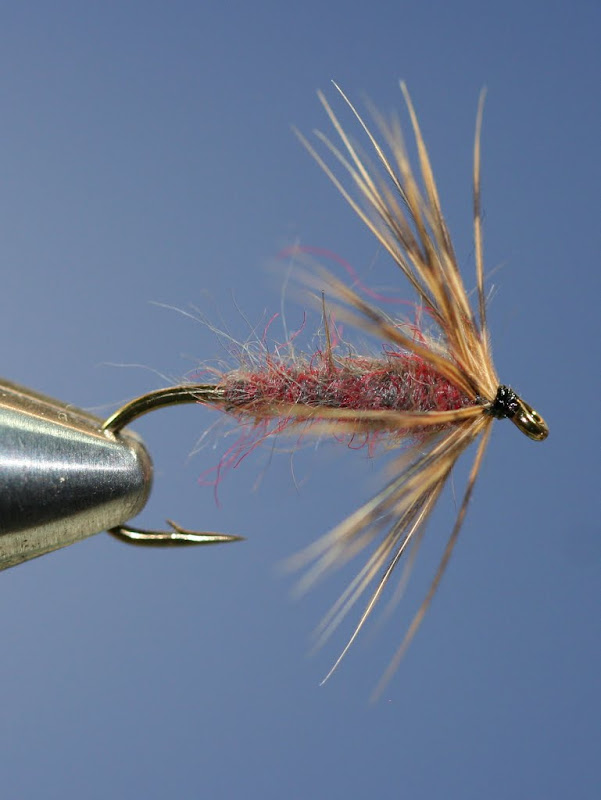 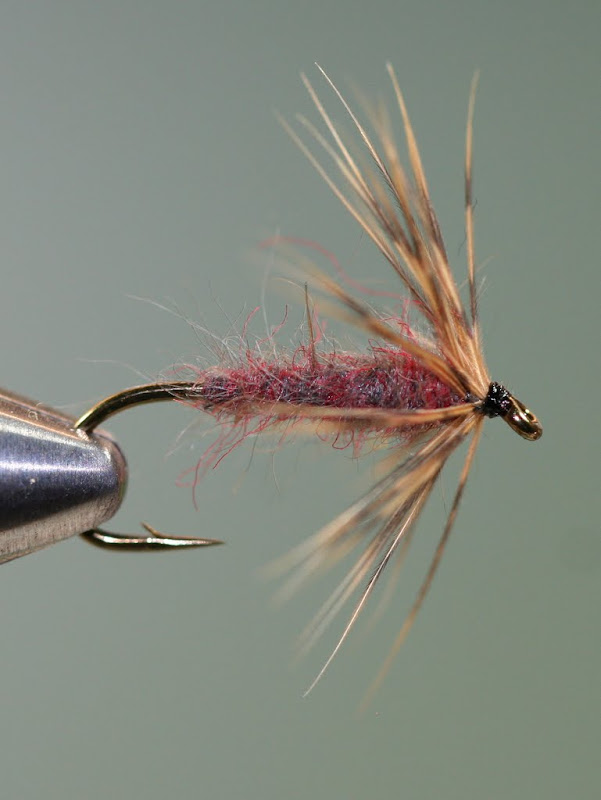 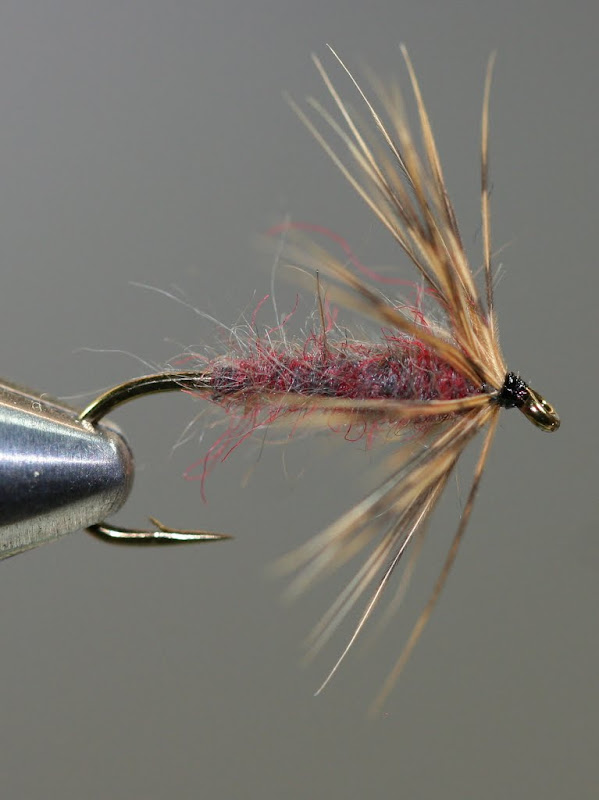 Mark (willowhead) - The hackle on this fly one of the hen saddles I bough when you and I visited the Dette house. While you were talking to Joe, I was crouched on the ground scrounging thru his hen saddles. I got one of the nicest mottled ginger brown hen saddles I ever seen.
Ray (letumgo)----<°))))))><
http://www.flytyingforum.com/index.php? ... er=letumgo

Ray, i remember that exact moment............and i kept looking out the corner of my eye to see what you were up to. i'm very glad you got some cool stuff. Being at the Dett's shop and scoring is an experience never to be forgotten.....and i know you won't. We have SOO many memories of times in that house. Misa and i are sitting here together checking out your fly with all the different backgrounds, and she is loving it, as am i. Way cool thread. Amazing what the different colored light reflections can do to the look of a fly.....do you have Forgotten Flies? Check out what Preston Jennings was all about with light and color.

Yes, I bought a copy of Forgotten Flies on e-bay a few years ago. I've read Mr. Jenning's section a couple times, so I know just what you mean.

Misa says hi and to thank you for the disk with all the cool pics.

Here is another version of the fly that is tyed with a blend of muskrat underfur and yellow wool yarn (roughly 50/50 blend). The body has been picked out with a bodkin needle, after the fly was finished. I broke off the hackle and messed up the head (

), but it will still fish okay.

The yellow wool causes the dubbing to look sort of a dull olive/dun. Very cool color. 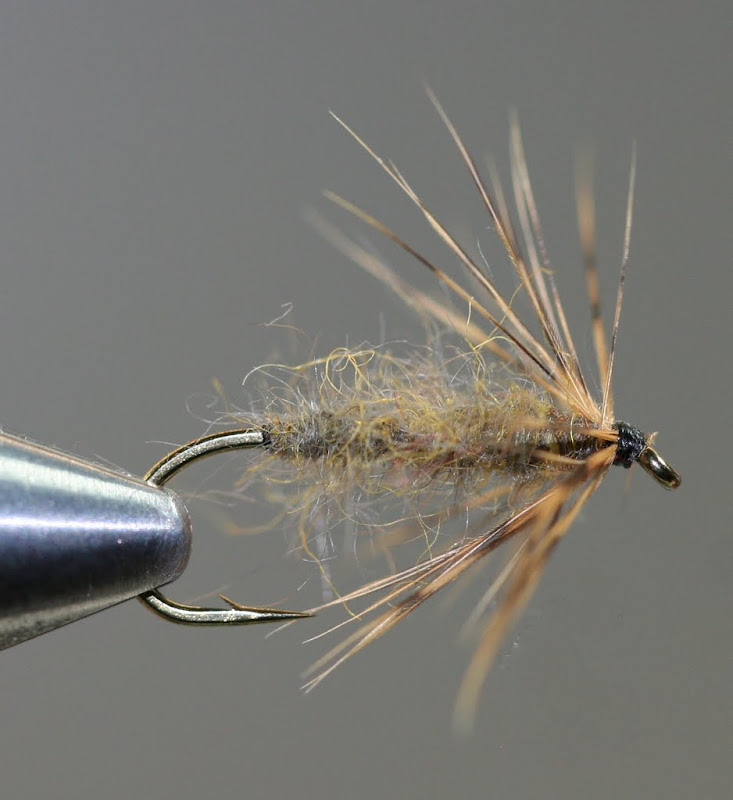 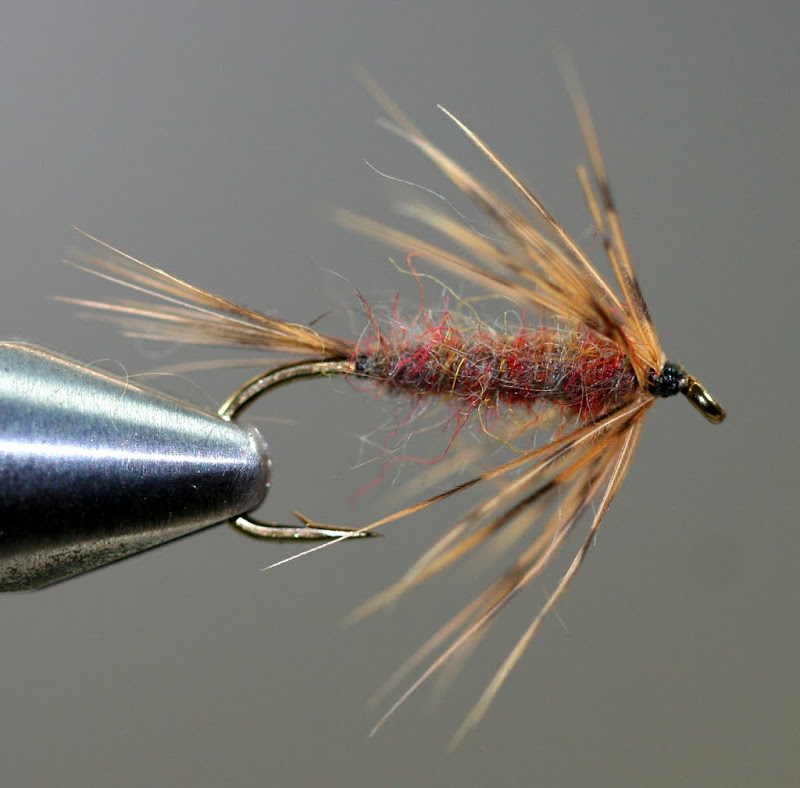 Here is a close-up photo of the "spectrumized" body. 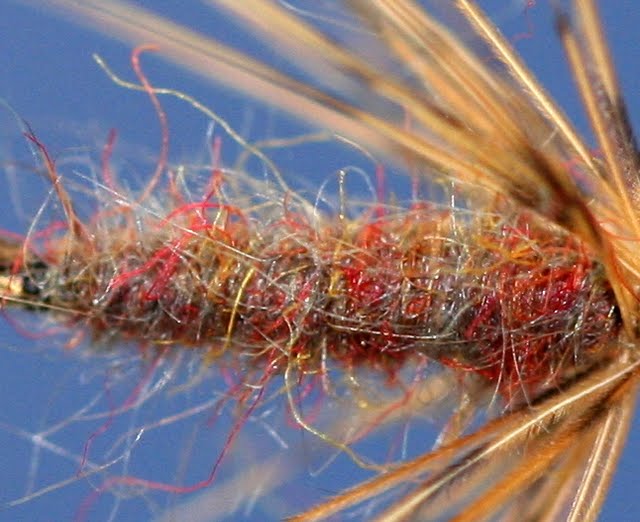 Great looking study of the different backgrounds.
The flys are spectacular...
Think you could zoom in a tad further.......

All the different bodies are great..........the top set for ISO hatches i would think they'd kill.....the 50/50 w/yellow wool is so buggy lookin' it'd work in many instances.....(sulphers, maybe beatis)...and the spectrumized, WOW what a cool searching/attractor pattern color. i can just see you in the lab, wringing your hands like you'd just given life to Frankinstein, and he's in the process of sitting up while turning his head to see daddy.

Somebody should publish a new fly tying mag. called The New Mad Magazine.

My flies would qualify.....

Great work all 'round, Ray -- dubbings, tying, photos, the background color sequence concept. And Mssrs. Caucci/Nastasi would be envious of your "spectrumized" blending

.
Some of the same morons who throw their trash around in National parks also vote. That alone would explain the state of American politics. ~ John Gierach, "Still Life with Brook Trout"
Top

I hope there is no charge for awesomenss.

A question about your dubbing technique: are you using a no-doubt thin "noodle" around the thread, or are you splitting your thread? In any case, the black thread as a "background" adds a real dimenionality to the appearance of your flies.