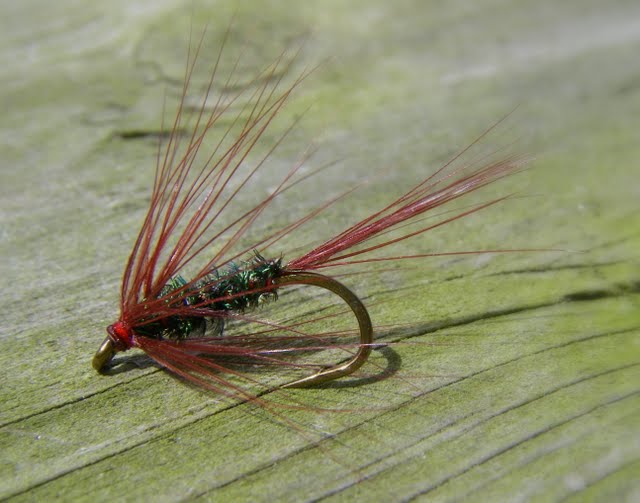 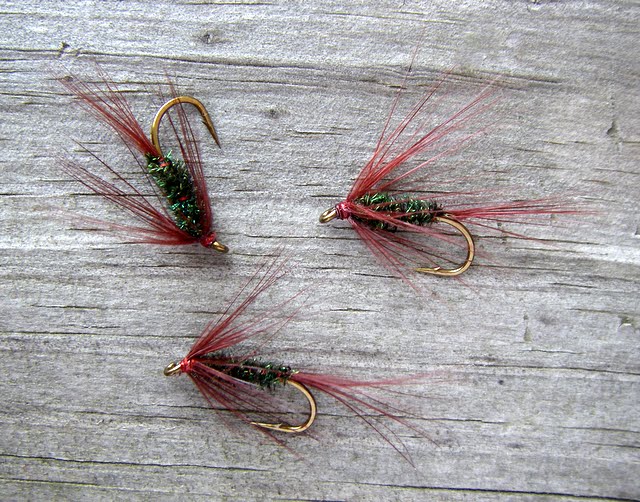 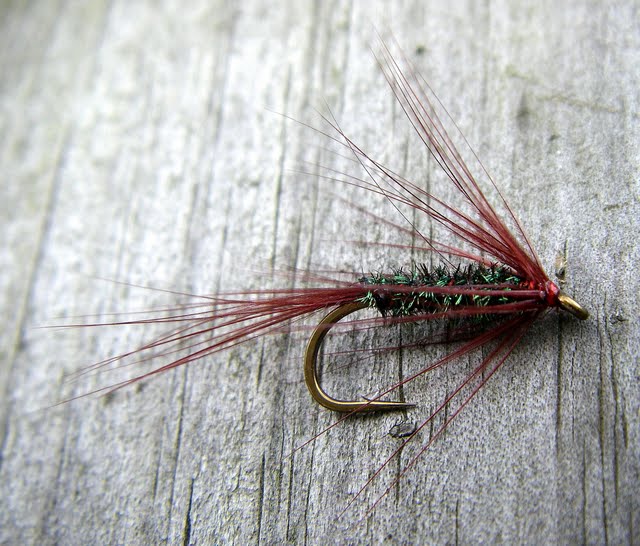 You may notice that this fly is almost tyed backwards (most materials wrapped towards the bend of the hook). It seems strange at first, but it is actually very efficient way of tying the fly. It creates a nice slender body with a minimum number of wraps.
Ray (letumgo)----<°))))))><
http://www.flytyingforum.com/index.php? ... er=letumgo

I owe a big "Thank You" to VERN-O for this fly. He custom dyed the claret hen neck, used to make these flies. (Mark - I heard that you provided Vern some guidance with the dying process). The fly is actually a knock off of VERN-O great Isonychia nymph pattern. I was looking for an excuse to use the hen neck and this was a natural choice.
Ray (letumgo)----<°))))))><
http://www.flytyingforum.com/index.php? ... er=letumgo

Nice fly, and I love that claret!

The flies look great, but I am left with the question whether the white thread will be very visible buried in the peacock herl body. It may be the angle they were photographed, but I do not detect any white in images?

The flies shown in the photos do not have the white tying thread. That is why I listed it as "optional" in the tying materials. I chose to leave it off these flies.
Ray (letumgo)----<°))))))><
http://www.flytyingforum.com/index.php? ... er=letumgo

Great Lookin' flys Ray.
The claret and green hurl compliment each other nicely.

I need to start browsing the archives...theres some good stuff in there.
Great pattern Ray!
Top
Post Reply
13 posts