This stonefly pattern evolved from the black one of mine that Ray Tucker photographed and posted photos of a couple of weeks ago. In addition to being yellow instead of black, it is has twice as many legs as the previous one, and hopefully will offer hungry Madison River trout a mouthful they can't resist.

1 Add lead wraps to fill and locate bead on hook 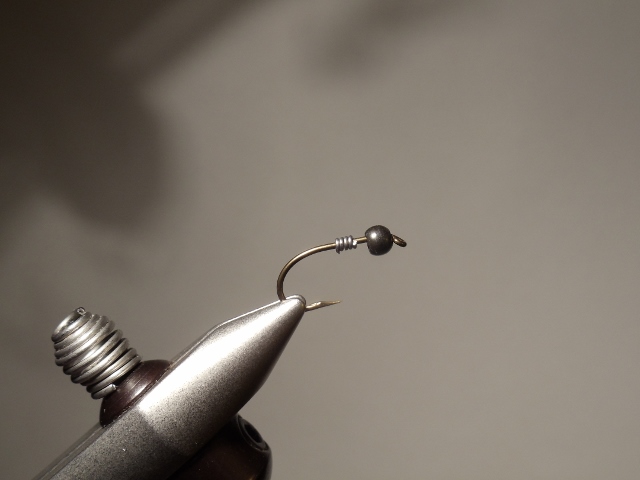 2. Push lead into bead, secure with thread wraps and take thread to rear 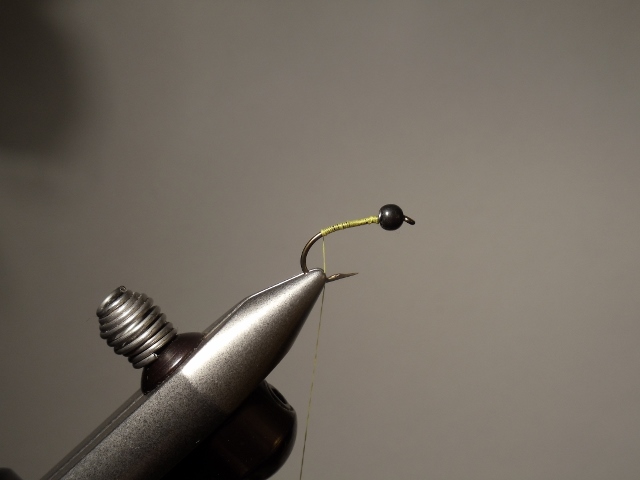 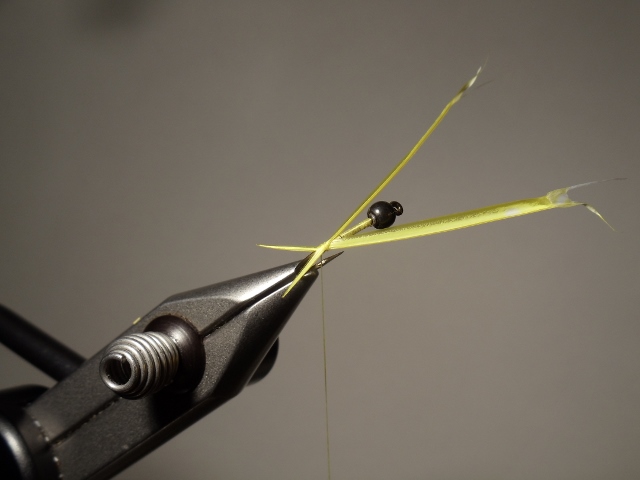 4. Tie in mono ribs and Flashabou shell back materials 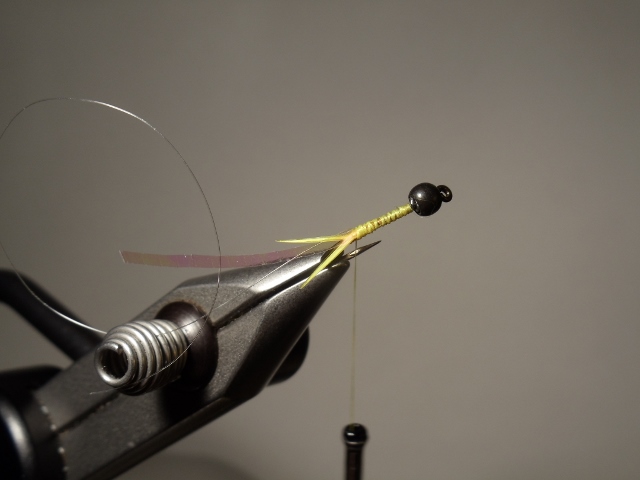 5. Add body dubbing to thread using technique of your choice 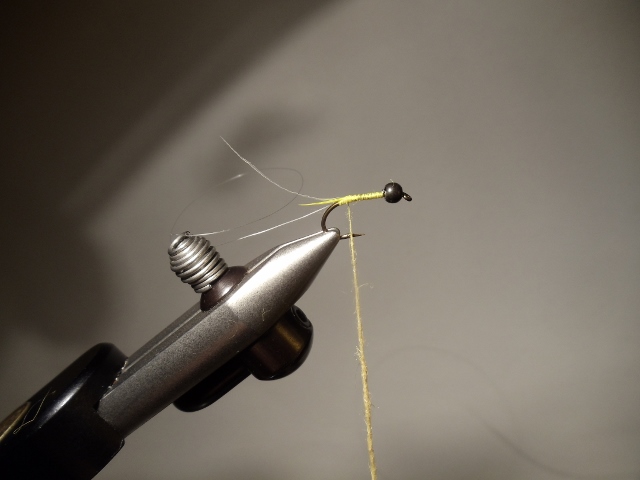 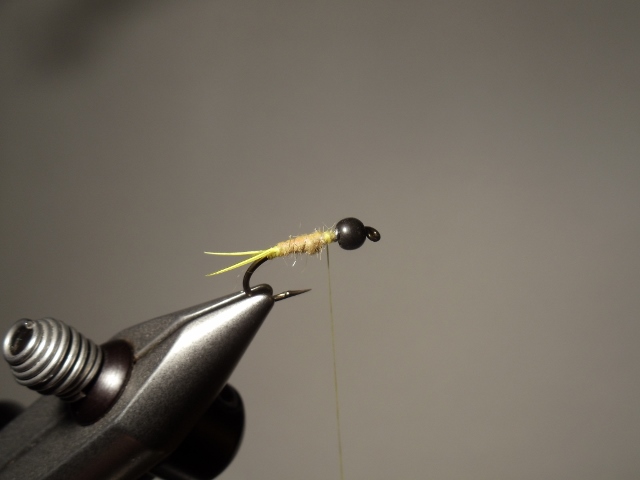 8. Pull two strands of Round Rubber Legs from strip without separating them; mark with waterproof pen 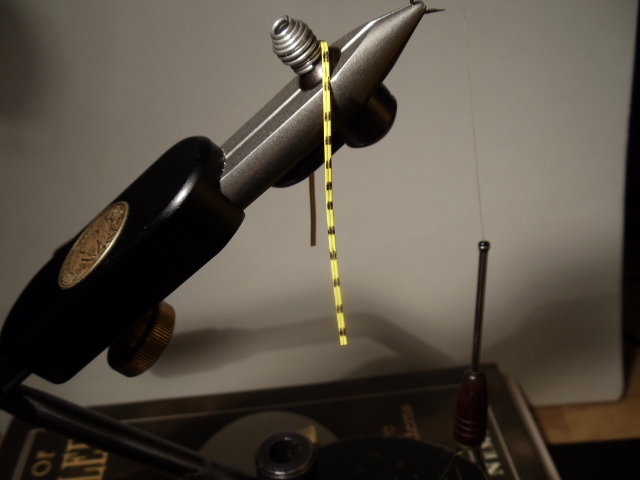 9. Tie in pieces of marked legs and trim to desired final length 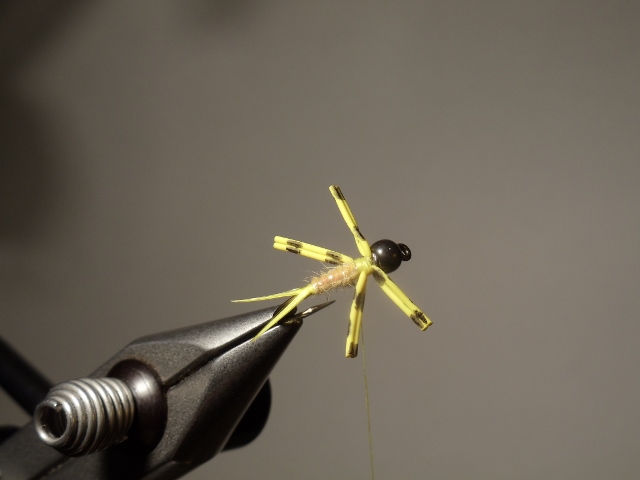 10. Select and prepare hen saddle feather -- the webbier the better 11. Tie in hackle feather at "V" between front and rear legs 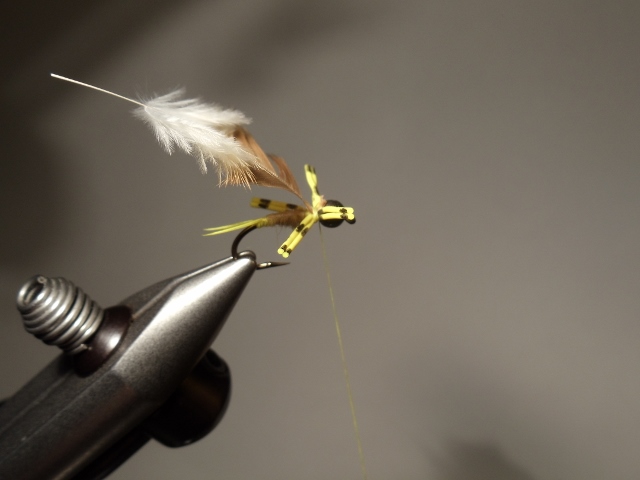 12. Wrap hackle and tie off with thread between bead and front legs; whip finish 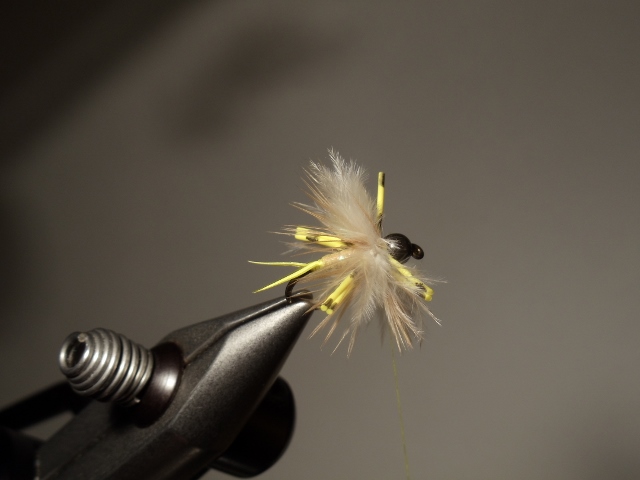 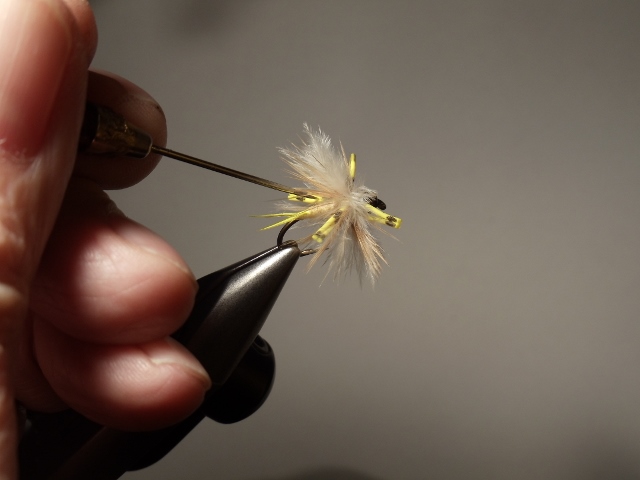 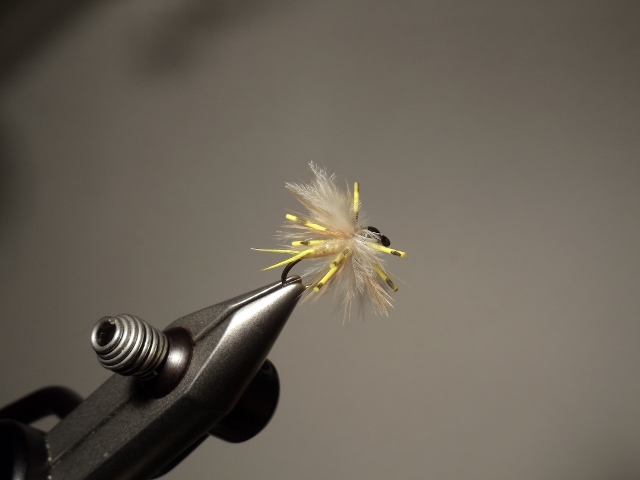 Last edited by tie2fish on Sun Oct 15, 2017 10:21 am, edited 18 times in total.
Some of the same morons who throw their trash around in National parks also vote. That alone would explain the state of American politics. ~ John Gierach, "Still Life with Brook Trout"
Top

Great tie Bill! I will have to try and copy this one!
Top

Thanks for the SBS,

.
When I see these it truly helps my brain
understand the how to's of putting the
different patterns together.

Nice fly ugly but therefore perhaps more irresistible and thank you for the SBS.

I shall make some for Wales.

Nice SBS. Not to be Joe Lawyer about it, but lead is prohibited in Yellowstone Park, so for flies you plan to use inside the park, you may want to substitute lead-free wire for lead wire.

Here's a link to the NPS regulations:

http://www.nps.gov/yell/planyourvisit/fishdates.htm
The dogs will bark, but the caravan marches on.
Top

Good call John. I had forgotten about that. Kind of a pain, but I have used Tungsten Putty on my tippet before. I mold it in to a foot ball shape above my first leader to tippet connection.
Top

A most excellent point, JohnP. I had no clue about that. And thank you for the link to the Park regs.
Some of the same morons who throw their trash around in National parks also vote. That alone would explain the state of American politics. ~ John Gierach, "Still Life with Brook Trout"
Top

Great name, for a heck of a fly. Well done. Love the SBS too.

Bravo! Terrific SBS tutorial. This will make a nice addition to you book...

Many thanks to those who commented.
Some of the same morons who throw their trash around in National parks also vote. That alone would explain the state of American politics. ~ John Gierach, "Still Life with Brook Trout"
Top
Post Reply
12 posts