The Fumbling Of It.

The up-winged dun, when it is once hatched out, is such a lovely, delicate, clean-cut little creature that one is apt to forget that at the moment of eclosion (which we errouneously designate "hatching") when it emerges from the envelope which clad its nymphal form, it passes through a stage of untidy struggle not distantly resembling that which a golfer or a footballer displays in extricating himself from a tightfitting pullover or sweater or jersey. Yet from the fly-fishers point of view this is a very important stage, for it is at this that the trout, when not confining himself to duns on the surface - and he seldom confines him strictly and exclusivly to these - must be constantly seeing and absorbing the insect. Sometimes, indeed frequently, the operation of emergence is performed with neatness and despatch. Often, however, it is an awkward and fumbling occasion, affording the fish a much longer and better chance than is given by the dun which hatches neatly and quickly. At this stage the dun is something like the earth in an early stage of its creation, "without form" if not "void".

The fact that duns are accepted by the trout at this stage of fumbling may be an explanation of the acceptance by trout of artificial flies which bear little enough resemblance to the emerged subimago. It has been suggested that the hare's ear (with or without gold rib) may be taken for the medium Spring Olive Dun at this stage. It may also be that the hackled pattern, dressed with soft henny fibres closing on the body, may afford no bad suggestion of a subimago struggling, as it often does, with crumpled wing to emerge from its envelope.

Many have found difficulty in realizing why the lightly-dressed Yorkshire and North Country patterns hackled with soft hackles are accepted. Yet the contents of a trout's stomach floated in water i a white saucer will show the wings of duns reduced to mere dark shreds, which are strikingly like thin clotted strands of soft hackle. This likeness is not quoted as being directly in point, but as an example of a likeness where no likeness is obviously to be suspected. Nothing in nature occurs without good reason, and it may well be believed that the taking of nymphs at the fumbling stage of the hatch affords the true explanation for the taking of otherwise unnatural-looking soft hackled flies. It would be interesting to know whether in the early days of fly-dressing any deliberate effort to represent the natural fly at this stage of partial emergence, or whether such resemblances as have been attained are due to fluke. It is the fact that nowhere in any angling book does one find a direct suggestion that the natural fly should be imitated at this stage - but that is not conclusive - for there can be little doubt that the art of fly-dressing has passed through so many stages of decadence into the stereotyped and of renaissance that the origins of its theory may well have been forgotten and buried.

(This was posted in Salmon &Trout Magazine, October, 1925 and then in Side-Lines, Side-Lights & Reflections, 1932)

Brought to you by

without sponsors or scanner.
Top

Skues' writings are absolutely beautiful. Eloquent, clever and, at times, mischievous. He has no equals in the fly angling literature. A joy to read!

dd and others,
Accompanying the Skues quote of the day is the Skues quiz of the day: Without consulting references, in what city was G.E.M. Skues born?

PhilA wrote: ↑Sun Feb 17, 2019 3:27 pm Skues' writings are absolutely beautiful. Eloquent, clever and, at times, mischievous. He has no equals in the fly angling literature. A joy to read!

dd and others,
Accompanying the Skues quote of the day is the Skues quiz of the day: Without consulting references, in what city was G.E.M. Skues born?

I know it was Newfoundland but don't remember any city there. Do i lose?
Wasn't it just outside Verbotener Eingang?

And yes, he was very clever, in so many ways.

According to Kenneth Robson in his classic work "The Essential G.E.M. Skues", George Edward Mackenzie Skues was born in St. Johns Newfoundland on August 13, 1858! I think this day should be declared a national (international) holiday! For those of us to whom it applies, we should all go a-fishing with nymphs and soft-hackles only! Otherwise, you will be sent back to work!
Dougsden

Skues life, legacy, and many writings are indeed a treasure!
Fish when you can, not when you should! Anything short of this is just a disaster.
Top

On Facebook I found a reference to a book by Henrik Thomsen titled “GEM Skues den konsevative rebel”. Translated from Swedish: “GEM SKUES the conservative rebel”. The flies are watercolors of Skues nymphs painted by Gunnar Johnson. 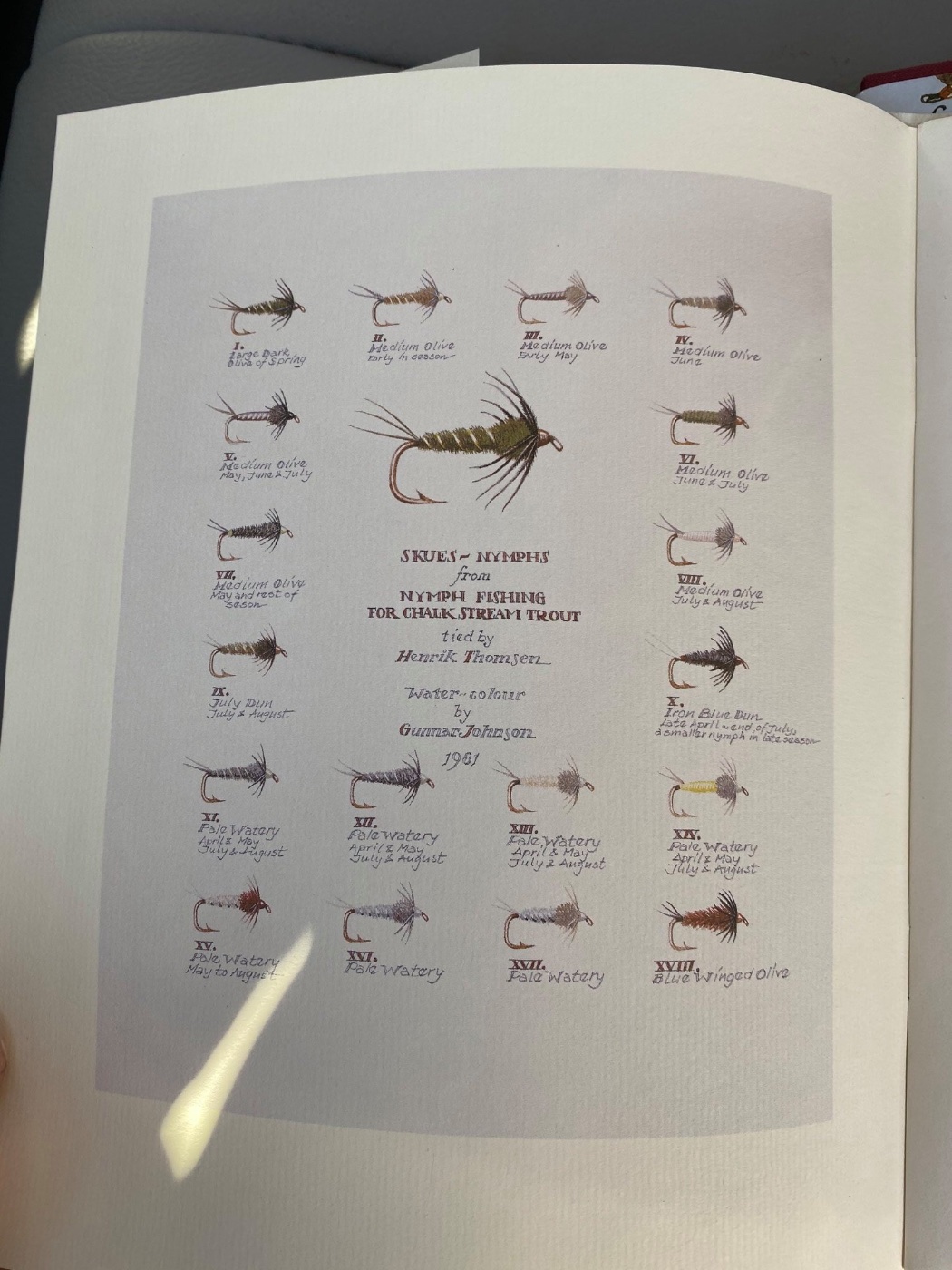 Gunnar Johnson, inspired by Pete Hidy, issued a series of Flugbindarbrev, Fly Tying Letters. I have a couple of them but not this one.
https://www.worldcat.org/title/gem-skue ... c/60353052
120 copies of this one.

See also: https://www.worldcat.org/title/flugbind ... ef_results
I don't have that one either.

I have that one. It contains a Skues style nymph tied by Johnson.
Top

Gunnar was recommended to tie the Elk Hair Caddis before his trip to meet up with Pete Hidy. He made a Flugbindarbrev on the EHC since he was successful with it. I have one of these with an EHC tied by him. I would like to have what John S. has too. All of it