I recently received a couple new hare's masks. One is from Steve at Cookshill (on the left side) and the other is from Nature's Spirit (on the right side). I have a hare's mask from Hairline as well but it is pretty much used up, but it looks similar to the Nature's Spirit hare's mask.

So my question to all is do you have a preference to where you buy a hare's mask for tying soft hackle fly patterns? 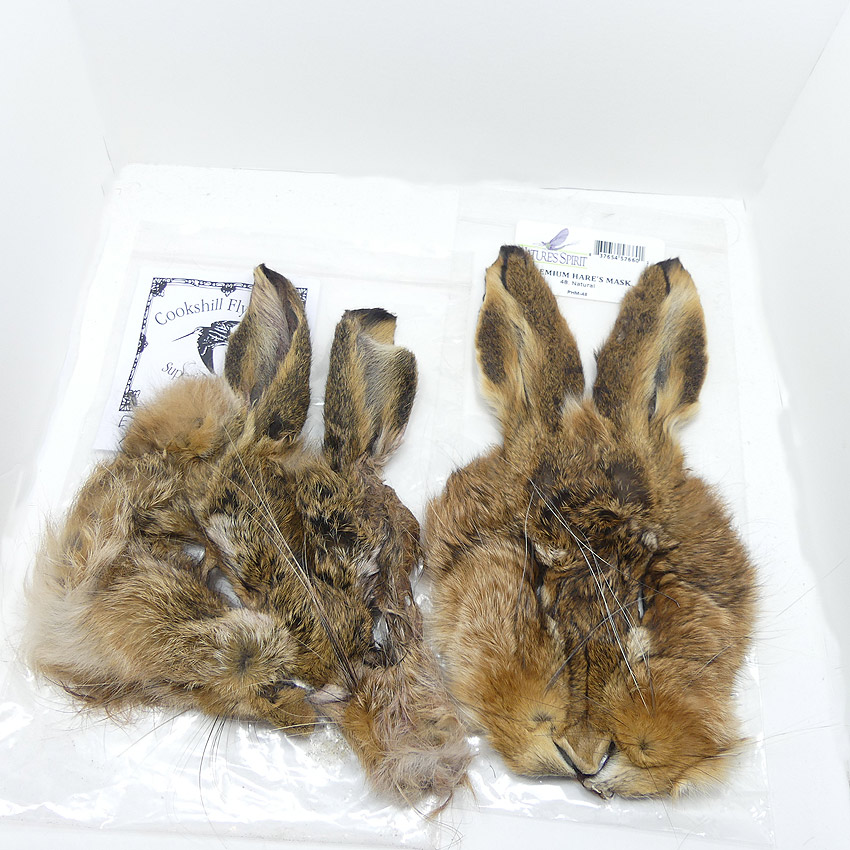 The mask from Steve is some darker, which is a plus for hare's ear and poll cuttings. I do like,however, the orangish yellow coloration in the cheek area on the one from Nature's Spirit, as it can be used to good advantage when blending.
I have generally got mine from Hareline only because they are readily available; no issues for me on them. If there are several in stock where I'm shopping, I pick out the two or three with the most really dark fur inside and on the edges of the ears.
Some of the same morons who throw their trash around in National parks also vote. That alone would explain the state of American politics. ~ John Gierach, "Still Life with Brook Trout"
Top

I'm not picky when it comes to masks. As long as they don't stink I'm good. I definitely prefer a mask and making my own dubbing to buying packaged hare dubbing though.
I hate it when I think I'm buying organic vegetables, and when I get home I discover they are just regular donuts.
http://www.oldhatflytying.com
Top

I pick them up from my local tackle and gun store - they shoot, skin and cure their own and sell them for about £1.75 - £2.00 each. They also knock out Mallard and Teal wings for a few £'s, depending on size, a pair. In the past I have even been able to get a hold of Coot and Moorhen wings as well!
Alistair
'Most anglers spend their lives making rules for trout,
and trout spend theirs breaking them' - George Aston
Top

Leisenring was one of the few authors that wrote about using individual parts of a hare's mask. Davy Wotton did an article on the subject though. Unfortunately, the pictures don't seem to be available.