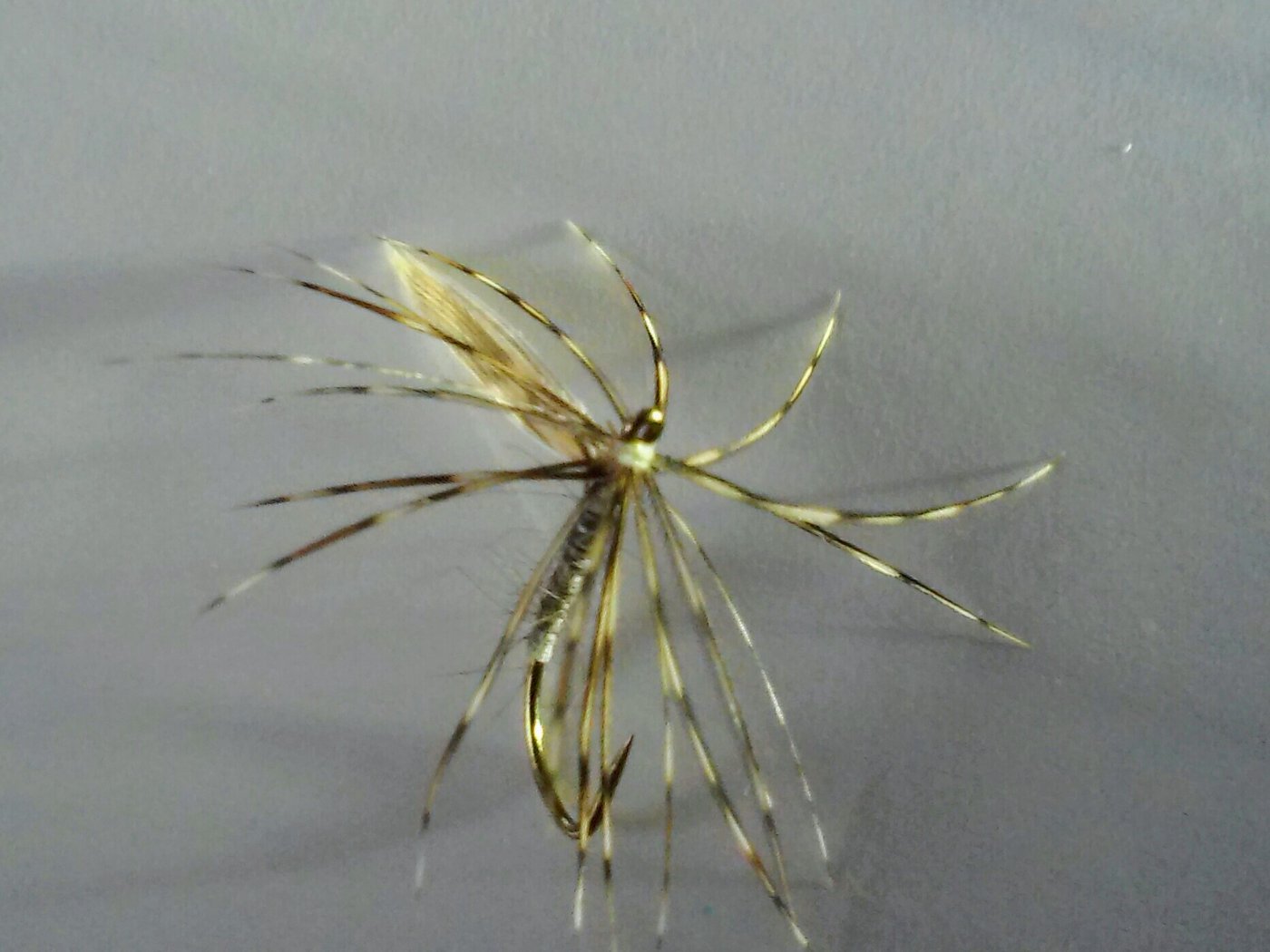 Would you call this Clyde style? It’s beautiful. Also, nice hook. What is the hook?
Top

Clever angle of photo, from the fishes point of view. Hook looks like an equivalent of Kamasan B525. 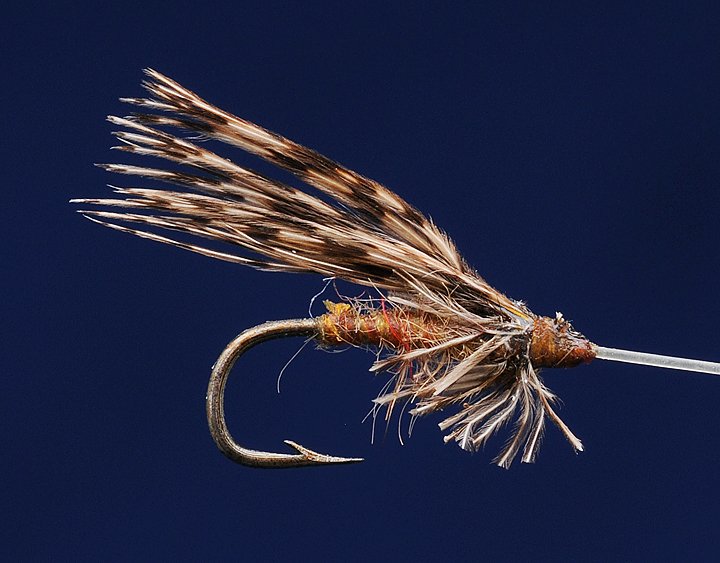 Here is a fly from the Henry Walbran Cooper collection that Rob Smith has identified as a "Great Brown Deel Crook" or March brown. The photo was taken by my brother and appears on page 16 in Rob's book.
What is interesting with this particular fly is the use of the wing butts to form the hackle or legs. After the wings were tied in the butts were pulled back, tied down, and clipped short to become the legs of the fly. This also accounts for the larger than normal head. It was not an uncommon method but is one rarely seen today.
Top

Very nice flyTom. That is very similar to how I tie mine. I like the slender up wing on North country style flies. I usually fold mine 2x. Is that what you did here?

John are you sure those are the wing butts? If they were the wing butts wouldn't the barbules be pointing the opposite direction. Looks more like trimmed hackle or maybe pieces of the wing that spun around and were trimmed short.
I hate it when I think I'm buying organic vegetables, and when I get home I discover they are just regular donuts.
http://www.oldhatflytying.com
Top

The wing is not folded. It is made from a slip from one quill. I cut a large enough slip and then divide it in half. Then I line up the two quills . One side has the bright side of the feather the other the dull side. No one has ever noticed. I find that this works using most upland game birds. The old timers in the Catskills used this method for all wet flies but I do not like the looks of it when winging with farm birds.

I've done that a lot with center turkey tail on larger flies. For my small spiders I usually take one slip wide enough so when folded in 4th's will have the width I like. I line up the tips, fold it in half, then fold it again. Sometimes I split it, sometimes I don't.
I hate it when I think I'm buying organic vegetables, and when I get home I discover they are just regular donuts.
http://www.oldhatflytying.com
Top

Back before I knew any better about the wings on flies from that time period, I tied the Devil Crook with paired slips from a partridge wing feather ... 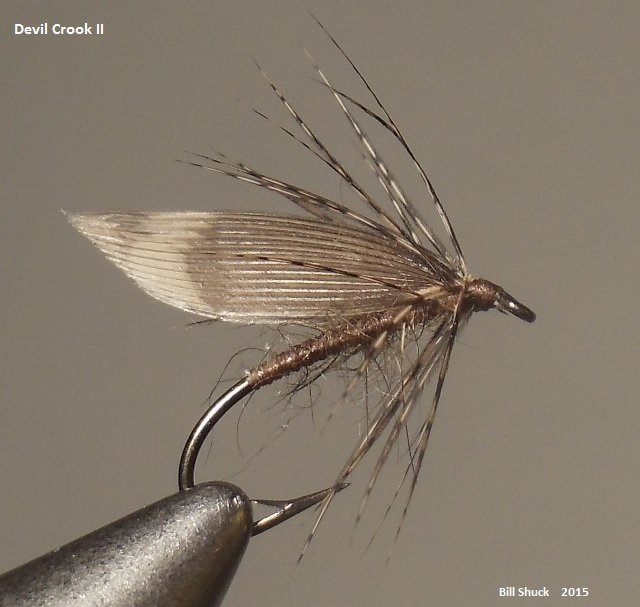 Some of the same morons who throw their trash around in National parks also vote. That alone would explain the state of American politics. ~ John Gierach, "Still Life with Brook Trout"
Top
Post Reply
11 posts