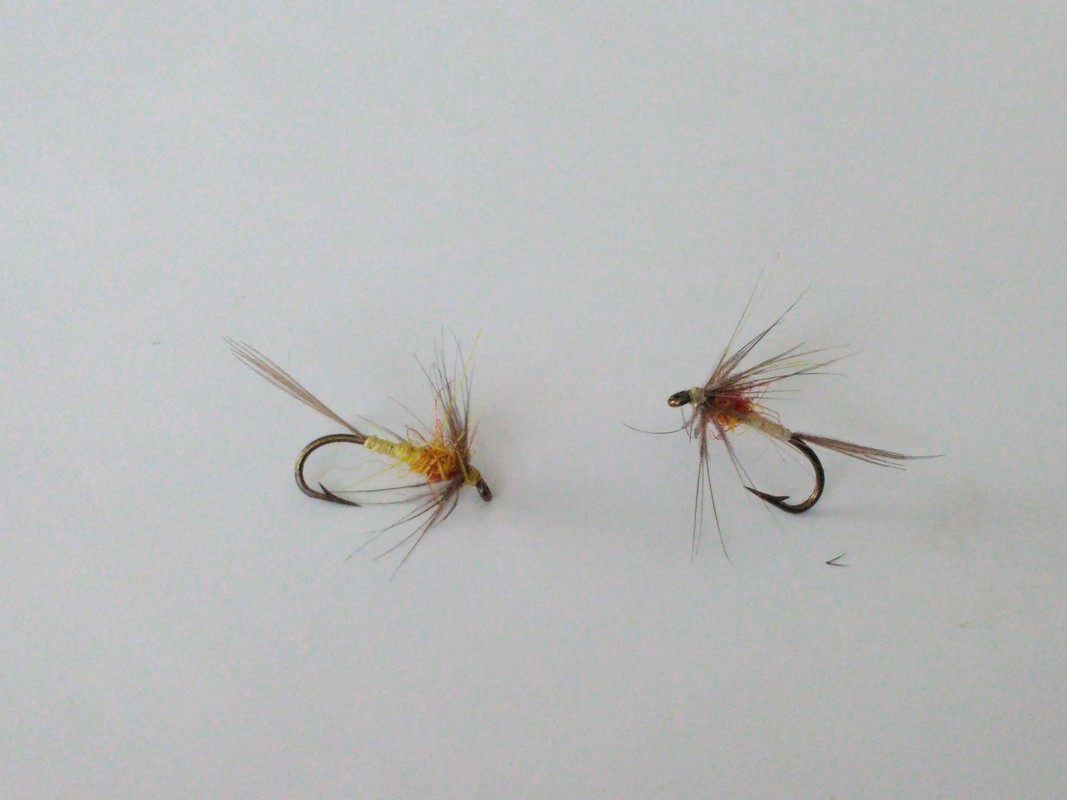 I tied up these nymphs as per Leisenrings recipe. I have no idea if they are tied correctly.

They look edible and nice but too red for my taste. I don't think the trout would mind though, only the fly tying police.

Where's A cop when you need one. My impression of a tups is more pinkish but this is what is in the book.

Tom, nice tie, but I don't think of this pattern as a nymph.
Top

Those are beautiful Tup's Tom. I actually prefer a little more orange to my tups mix. Very nicely tied but I agree, I wouldn't call them nymphs. Leisenring tied nymphs and his Tup's is in the Art of Tying the Wet Fly as the nymph example. This is probably where you got it? If you look at the the description, the body is constructed of buttonhole twist and the tail and hackle is very short. I'm guessing he took this style from Skues. I fish some of my soft hackles as nymphs and I use this style when I do. Helps it to sink more readily.
I hate it when I think I'm buying organic vegetables, and when I get home I discover they are just regular donuts.
http://www.oldhatflytying.com
Top

Tom, I'd fish these Tups just the way you've tied them. Carl's correct that the rear is buttonhole twist, which is a size D silk, like the Half Stone pattern, and the thorax is this orange shade, which is spot on for my preference. Kudos on this seal blend. In Leisenring the tails are two very small, short hen hackle tips and not barbs, but I prefer the barbs as well. Many of the Leisenring nymphs tied in the Skues style do have a shorter hackle, but I tie mine with a longer hackle as well. These are just very nicely done.

This is from Skues.

"My variations were made by using different shades of seal's fur, not only in the reds but oranges, yellows, cream and a range of olives, and in all shades I found the pattern useful. The reds and orange dressed with sharp cock's hackles made a range of spinners, and a small light golden spinner may be similarly hackled. The pale yellow and the cream hackled with pale blue cock's hackles reproduce the pale watery duns, while the same colour and the olive hackled with a short soft woolly hen's hackle produce a series of nymphs, which are quite attractive. Different shades were also produced by varying the quantity of seal's fur."
"A man should not try to eliminate his complexes, but rather come into accord with them. They are ultimately what directs his conduct in the world." Sigmund Freud.
www.WilliamsFavorite.com
Top 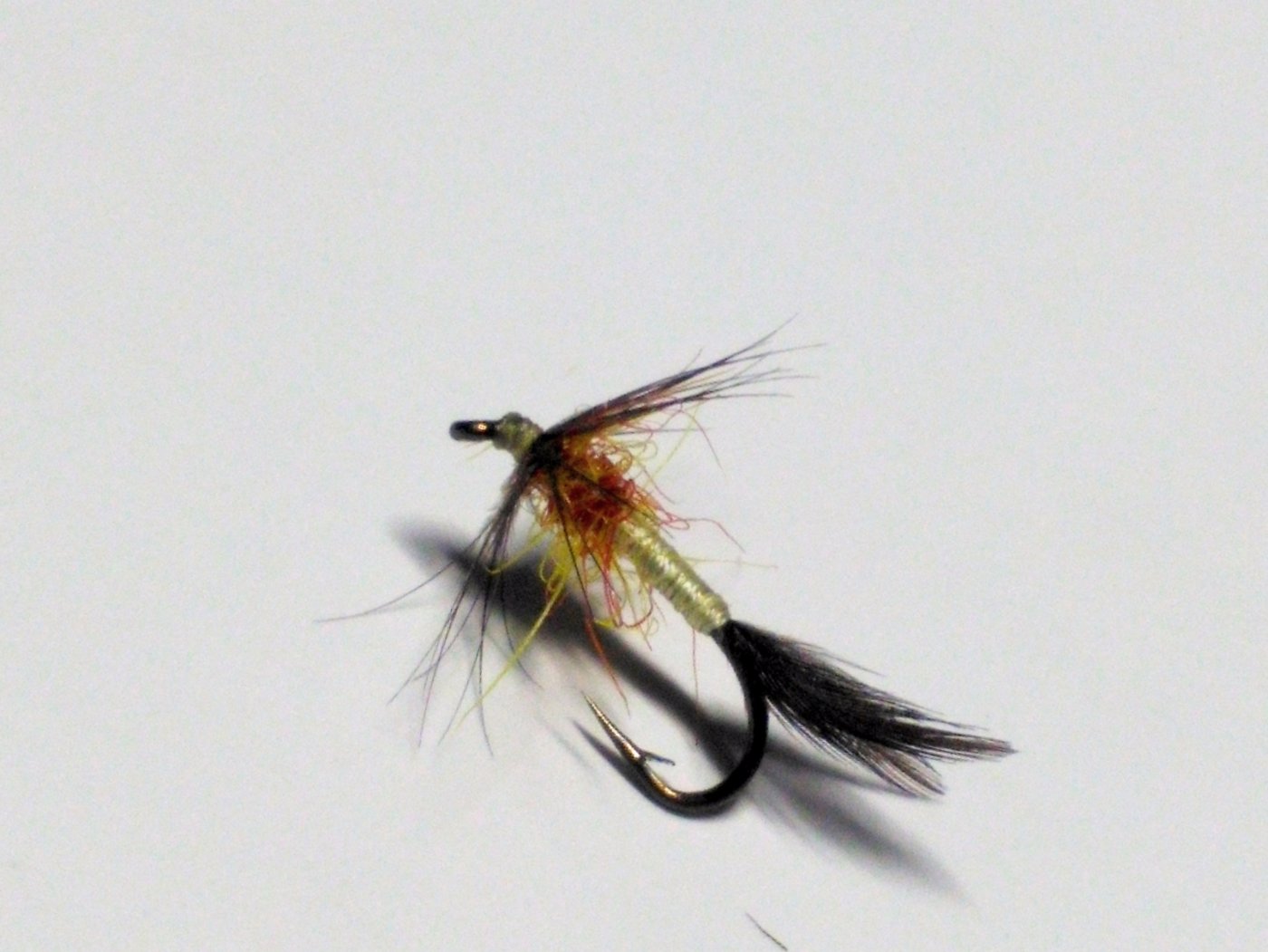 Thank you every one for your critiques and observations. William your observation that the tails in Leisenrings book were Hackle tips is correct. I completely missed that when tying the fly the first time. The blend of seals fur is as it is described in the book.For the body I used gossamer doubled and twisted as I do not have that color in button hole. I have no idea why Leisenring referred to this pattern as a nymph but it is as he described . Again thank you all for commenting I really appreciate it. 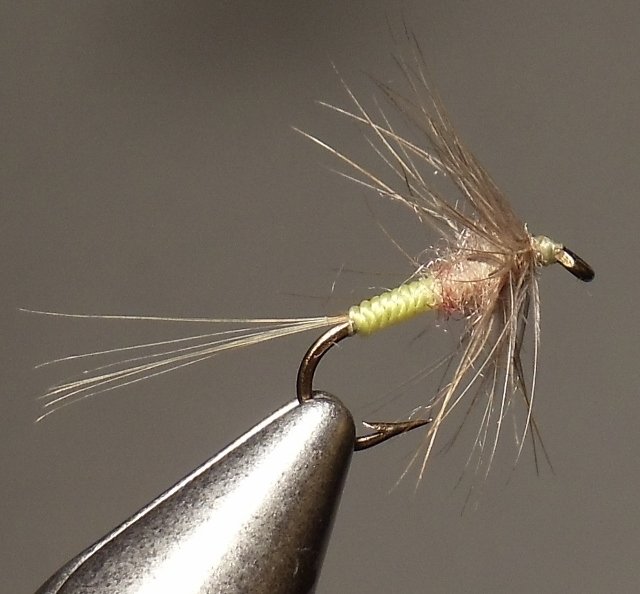 Some of the same morons who throw their trash around in National parks also vote. That alone would explain the state of American politics. ~ John Gierach, "Still Life with Brook Trout"
Top
Post Reply
13 posts