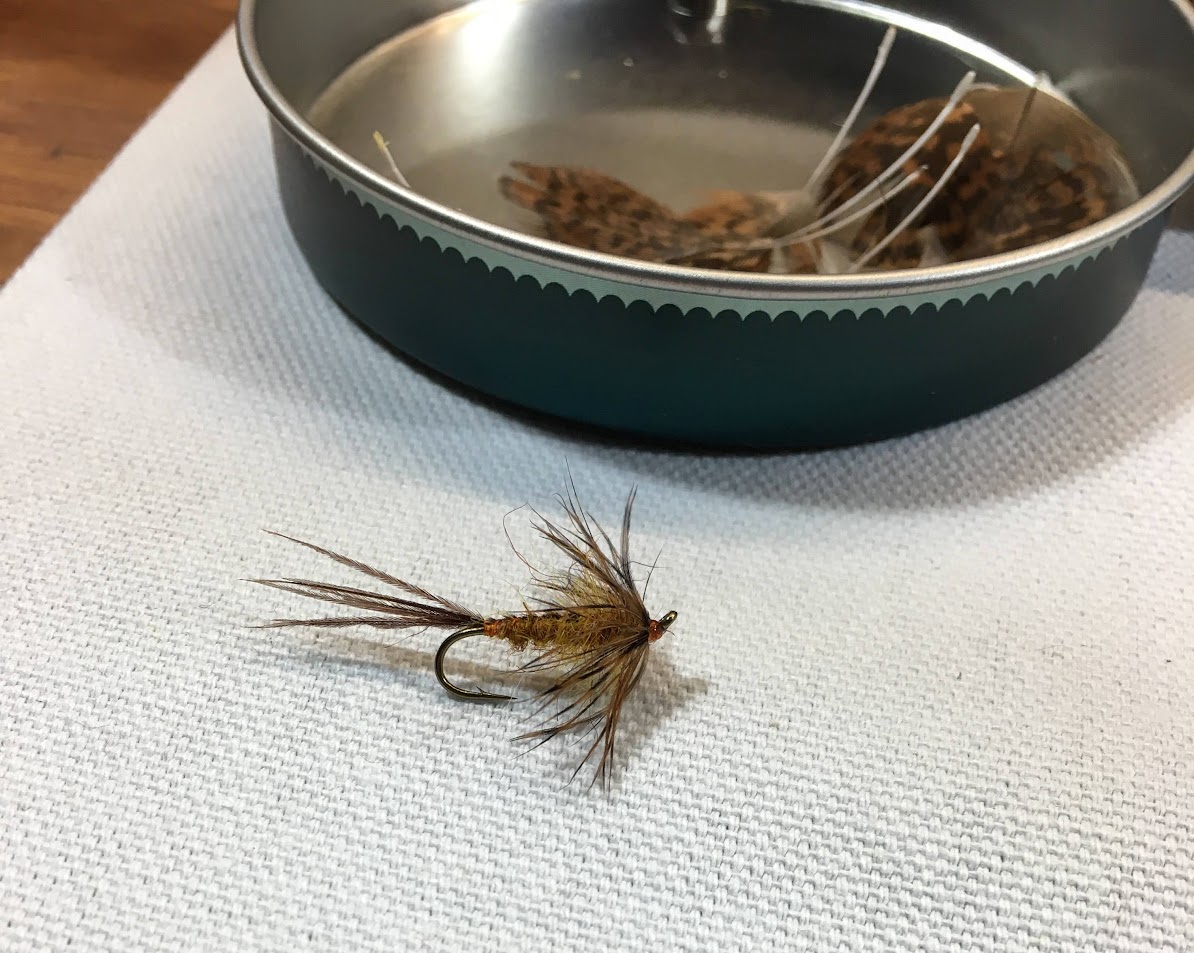 Special Note on the dubbings: The seal fur dubbing was given to me by our late friend Mark Romero. He sent me several colors to play with, and I've been holding onto them for something special. Once I got the idea for this pattern, I thought this was a perfect use for the dubbing. (Thanks Mark. I know you would have been jazzed to see the dubbing put to good use). The ginger wool dubbing blend, came from William Anderson. I sent him a some wool yarn and he chopped it up and made packs of dubbing out of some of it. I need to see if I can track down the name of the original wool yarn. 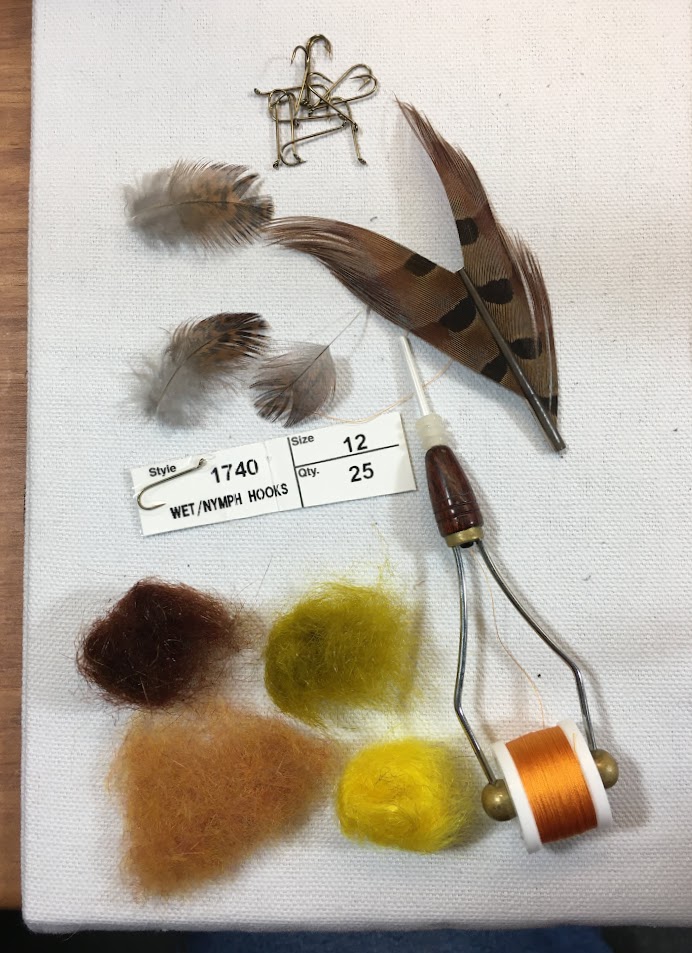 I cut the golden olive and yellow seal into shorter lengths (between 1/2 and 1/3rd their natural length). I intentionally leave the brown seal hair full length. I just like the look of the longer brown strands of seal fur. 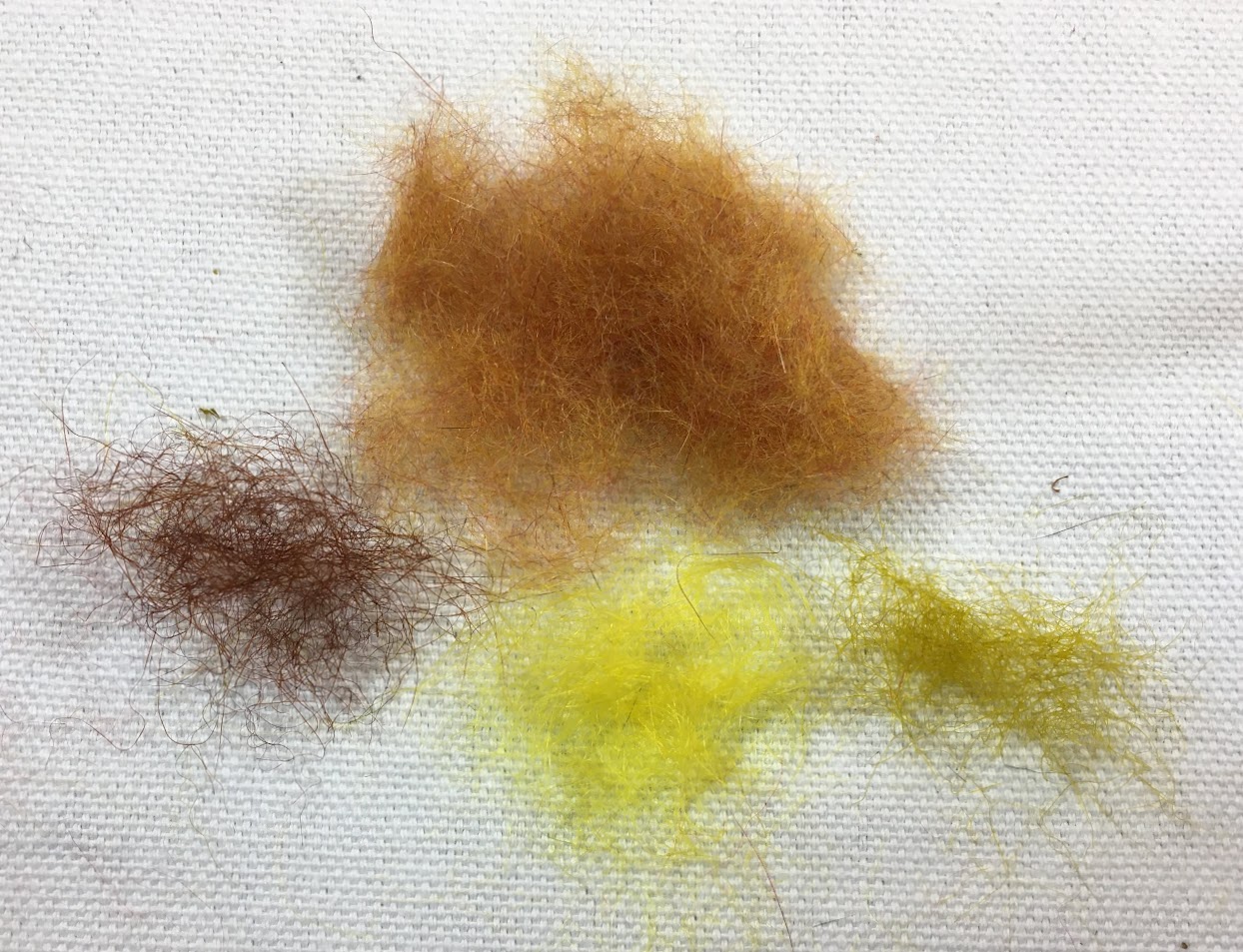 Here is what the dubbing blend looks, after blending in a coffee grinder. 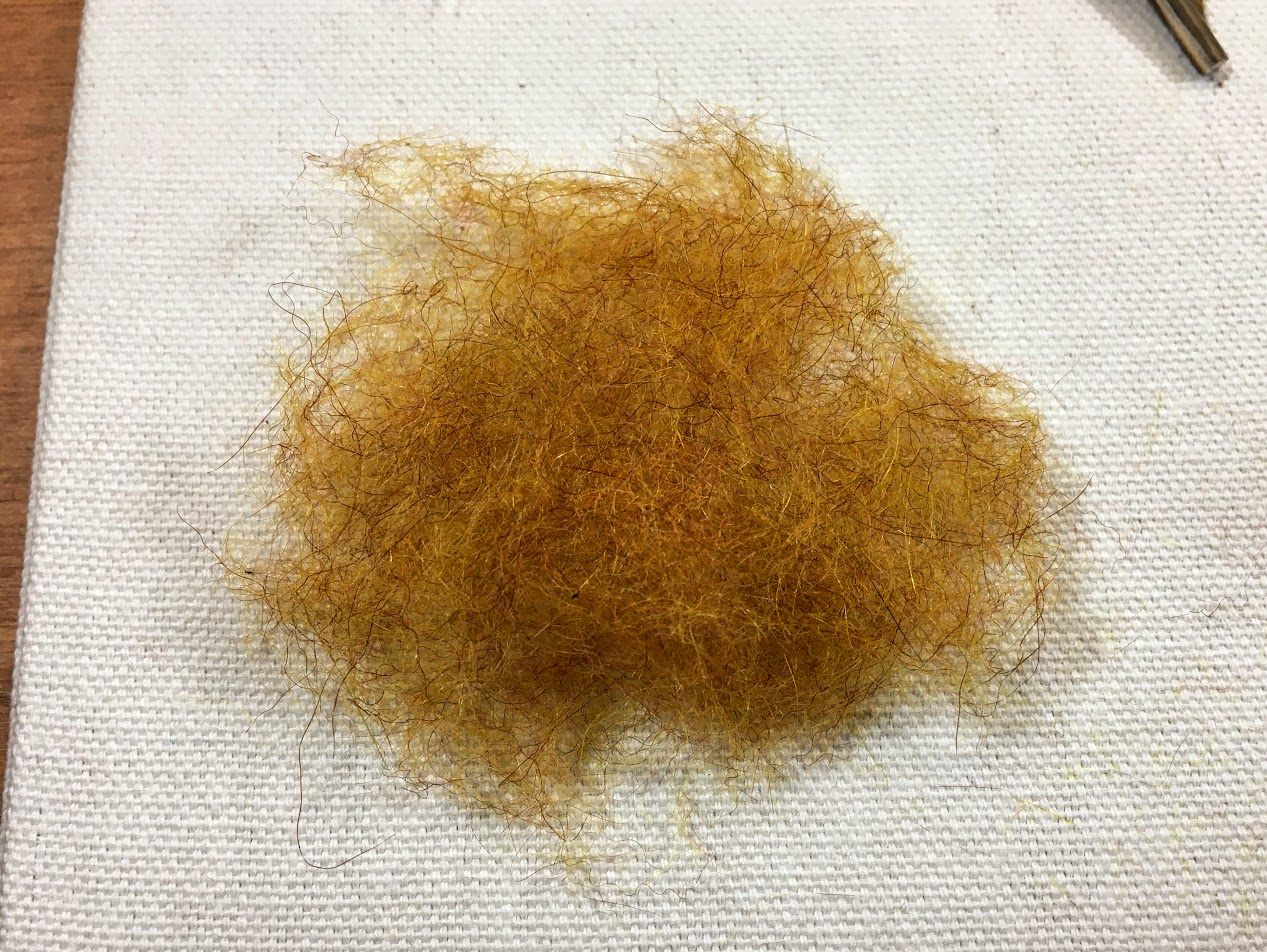 PHOTO STEP BY STEP:
1) Mount hook in vice. Attach tying thread with five firm wraps. Form a loop with the tag end of the thread. This will later form the rib of the fly, and hold the tail fibers in place. 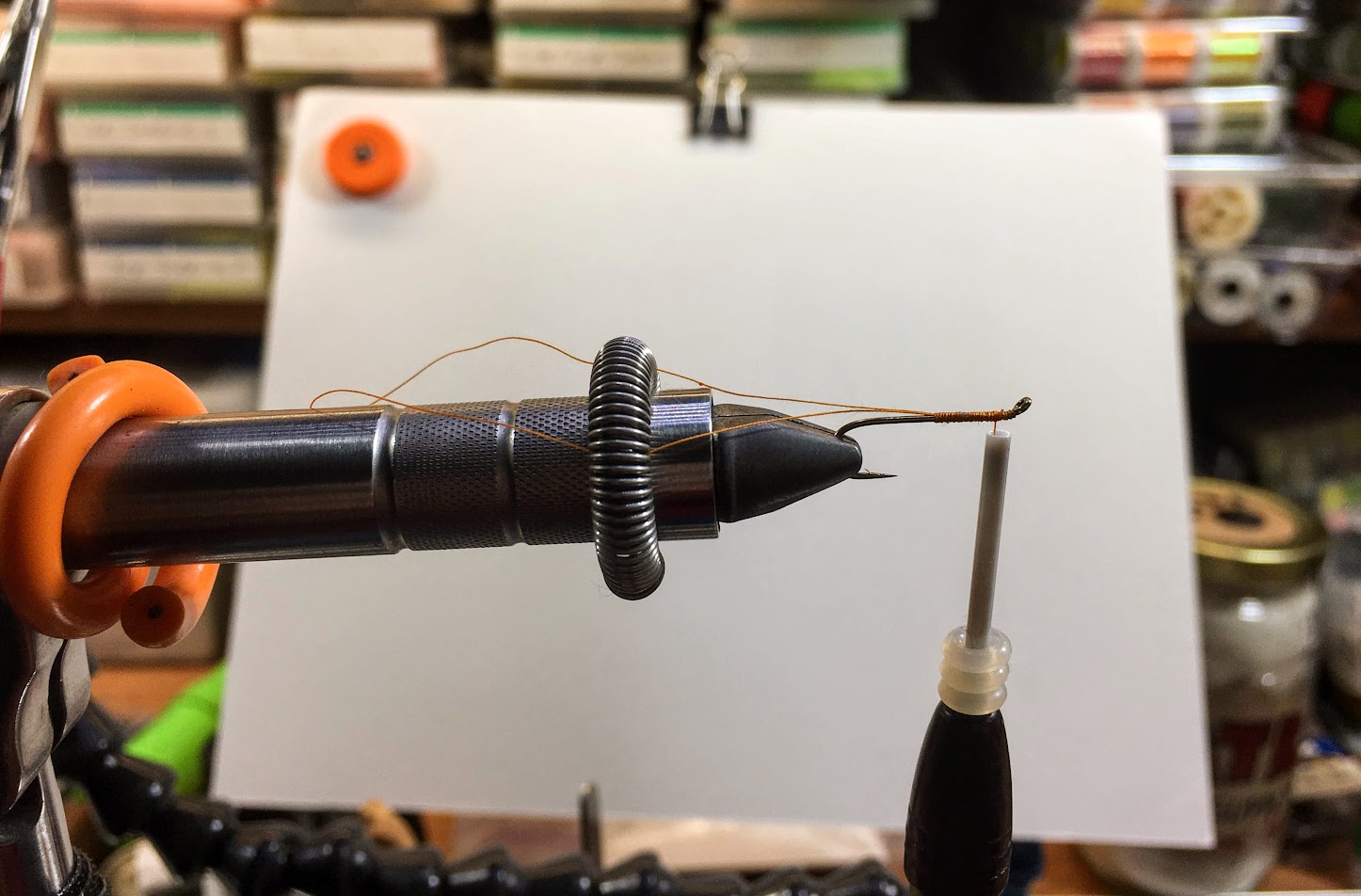 2) Tye in the hackle by the center steam, wrapping back to the midpoint of the hook before clipping off the hackle stem. This will help build a slight taper into the underbody of the fly. 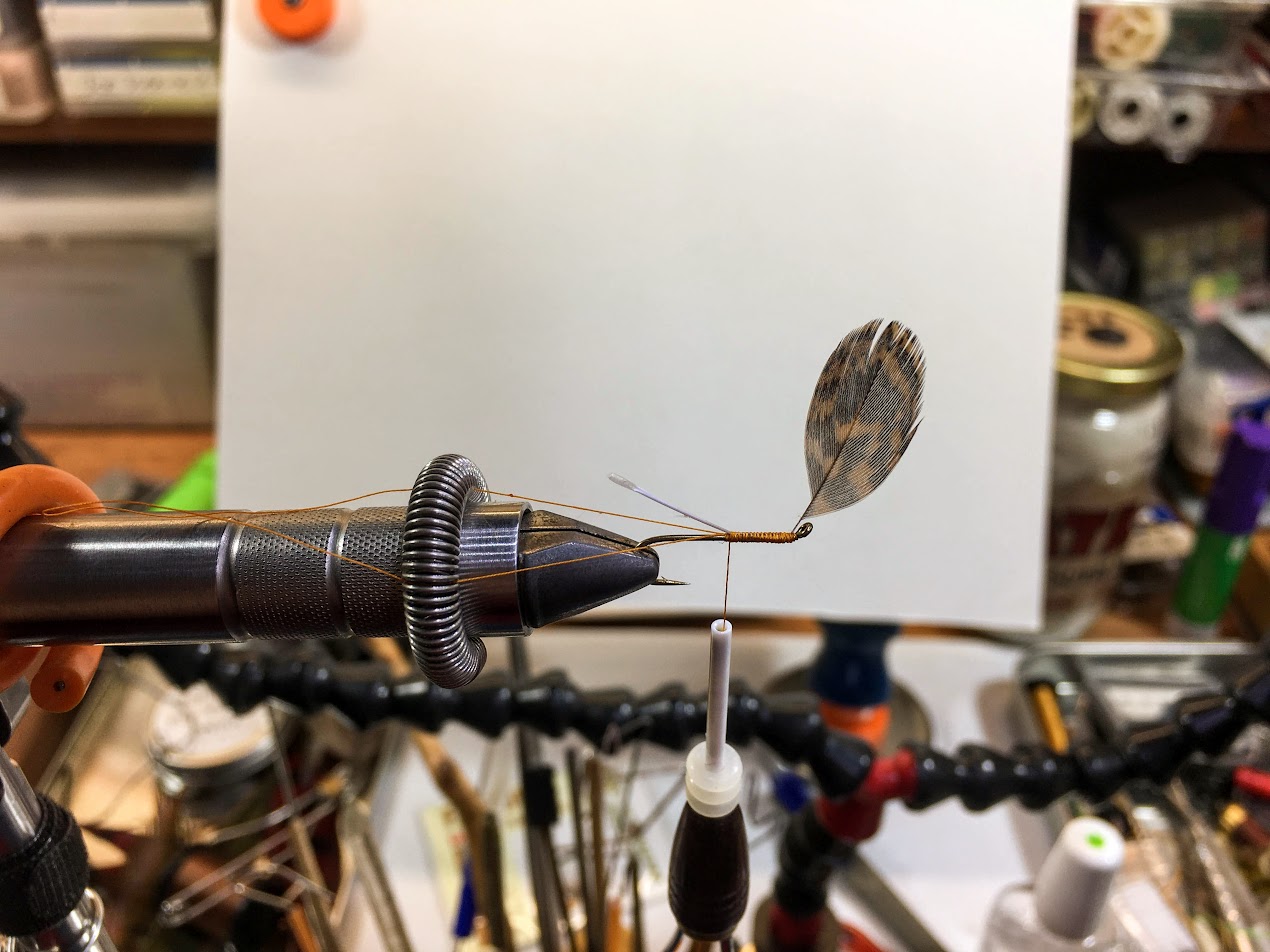 3) Wrap the tying thread back towards the bend of the hook. Stop midway between the hook point and barb. 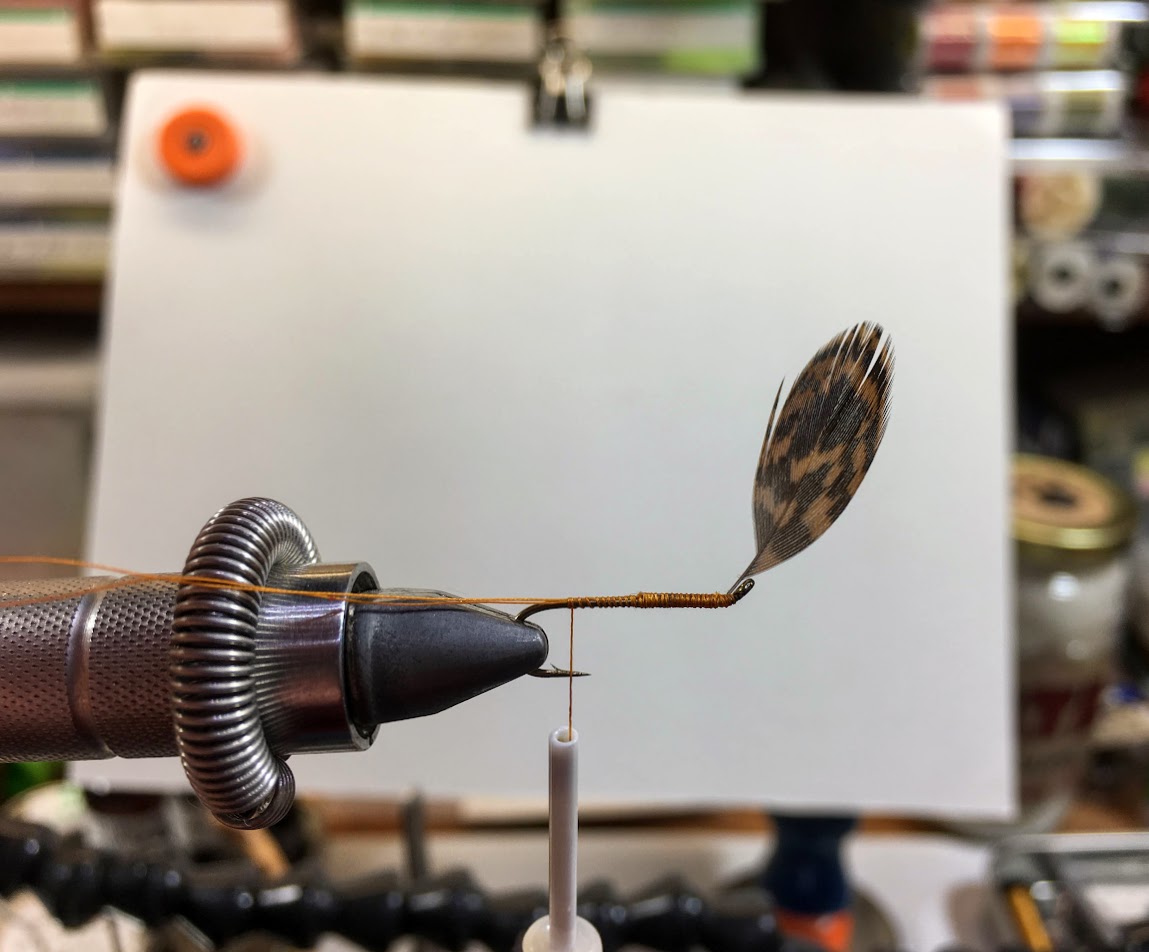 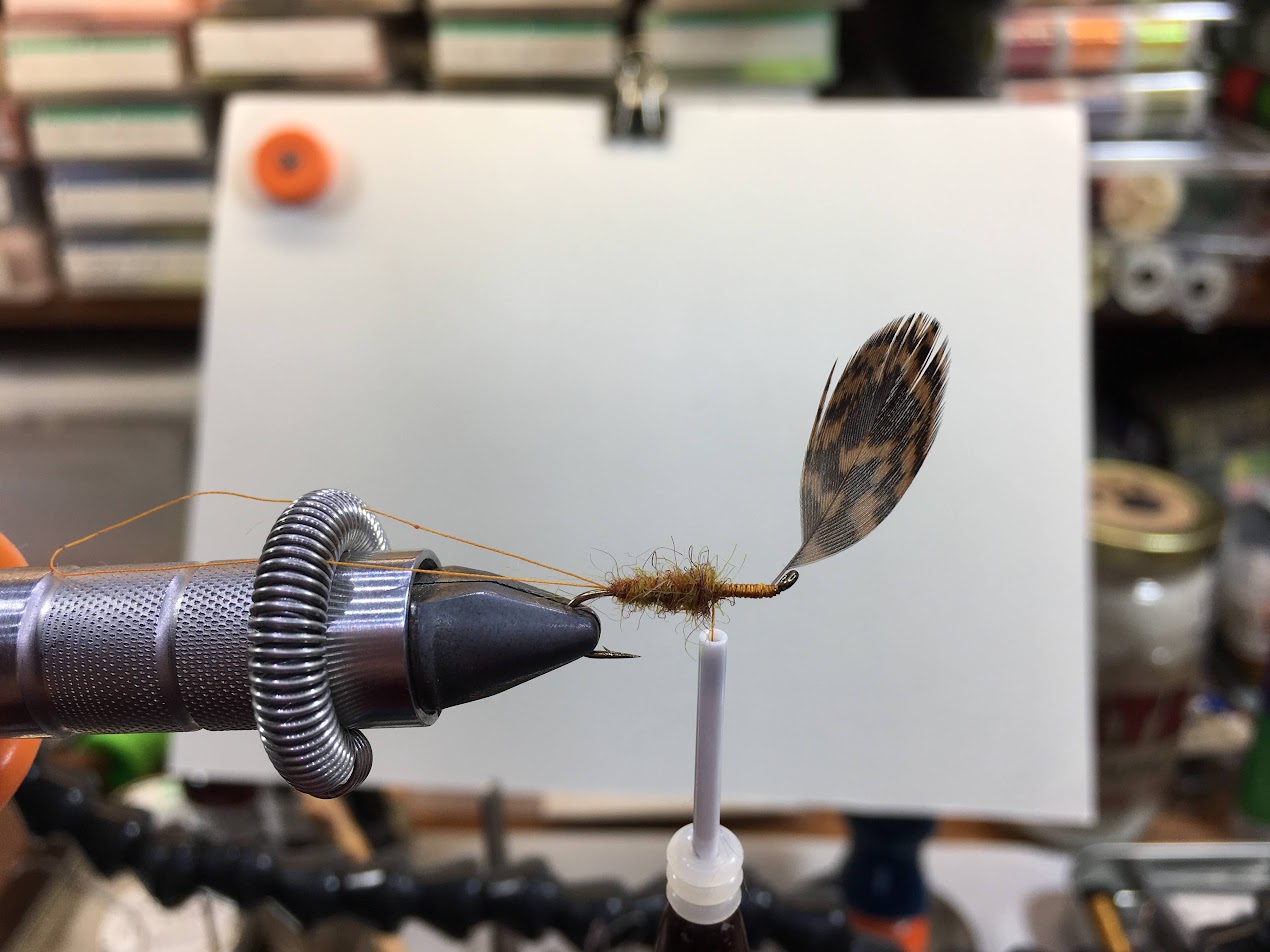 5) Tye in the pheasant tail fibers, with the tips hanging out over the bend of the hook. The tail length should be roughly the length of the hook shank. 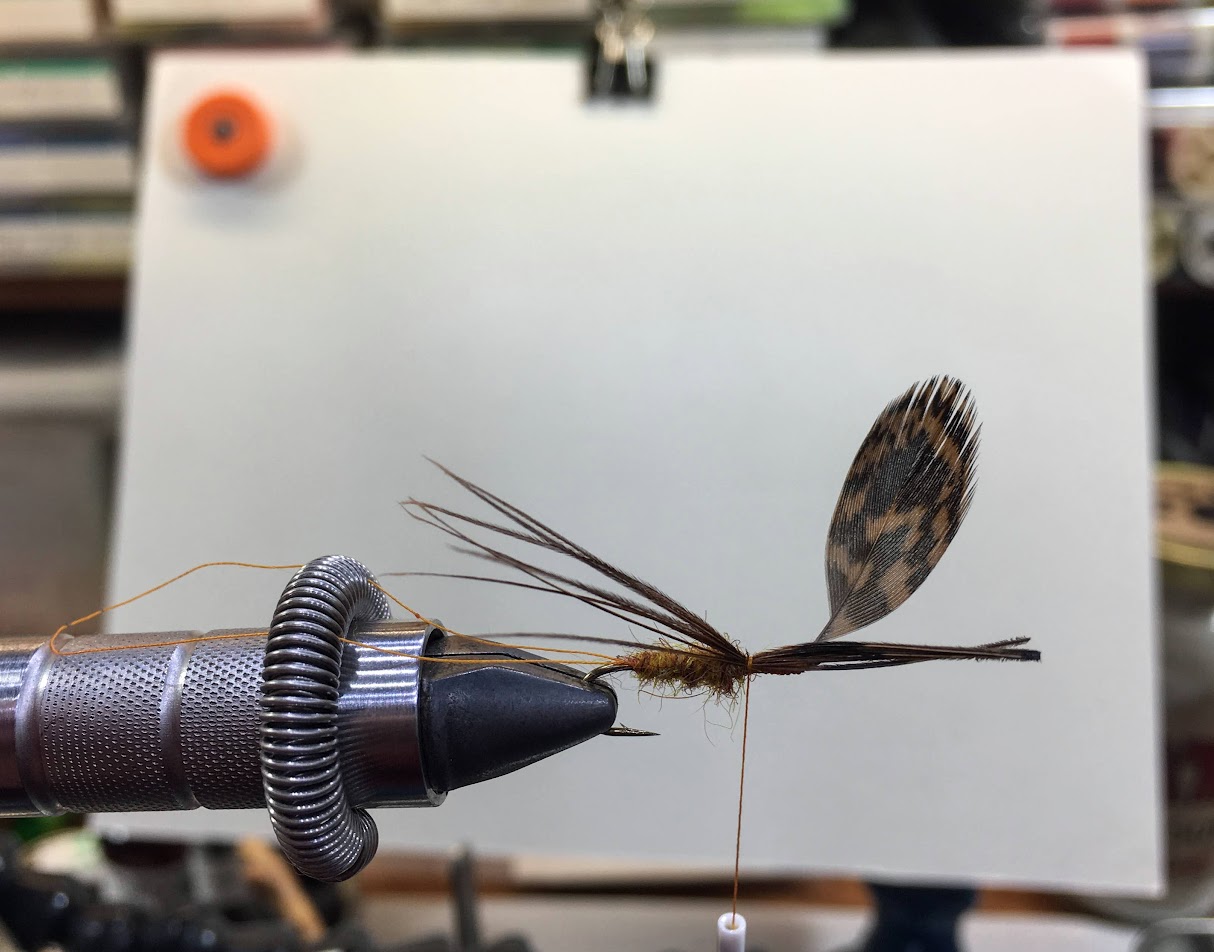 6) Twist the thread loop tightly, forming a thread cord. Wrap this forward in open spiral wraps. This will secure the pheasant tail fibers along the top of the hook (dorsal strip) and form a rib. 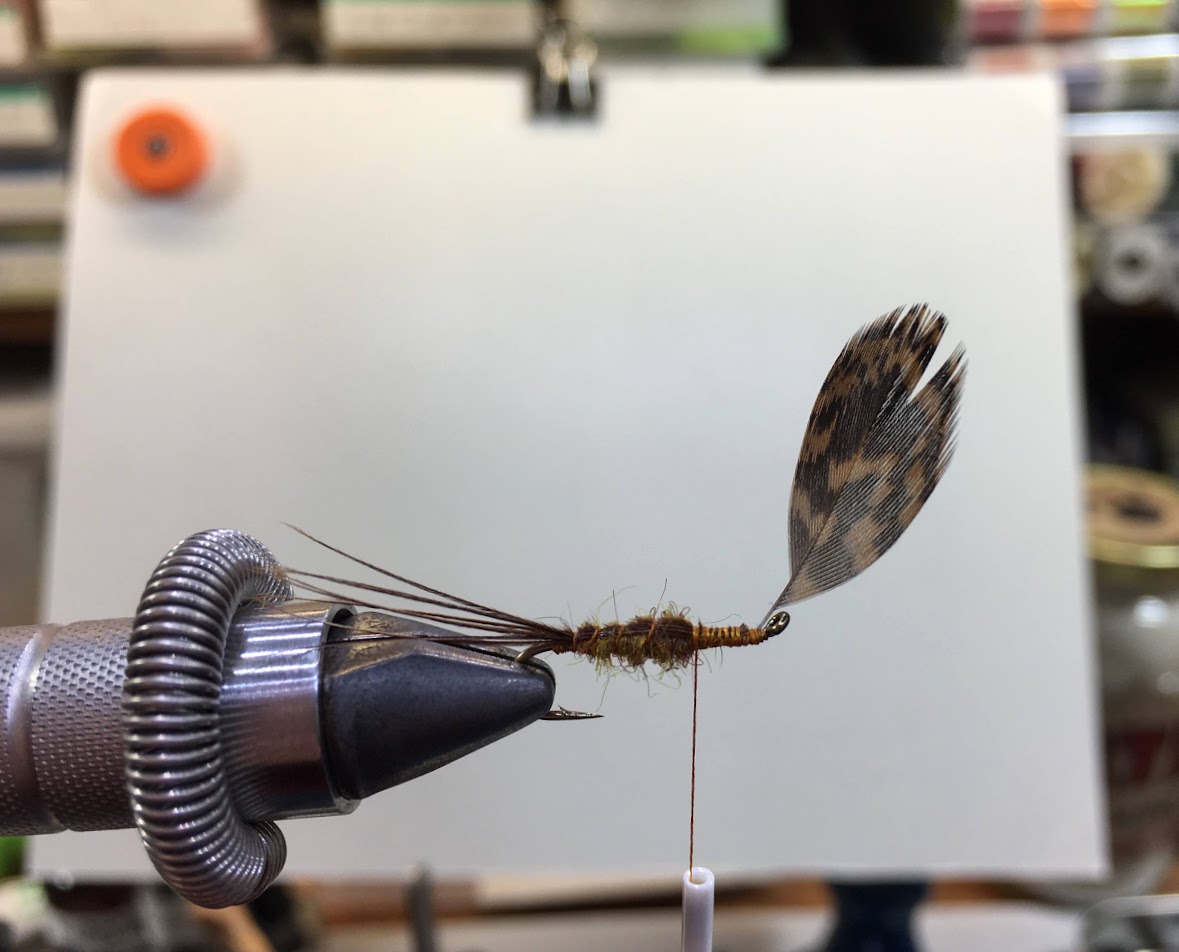 7) Dub the thread and form a plump thorax (march brown nymphs have a wide flattened body - the dubbing can be picked out later to help augment this shape). Wrap the hackle back against the thorax and tye off. Form a thread head and then apply a quick coat of head cement.

Using a bodkin, pick out the thorax dubbing to add additional "life" to the pattern. 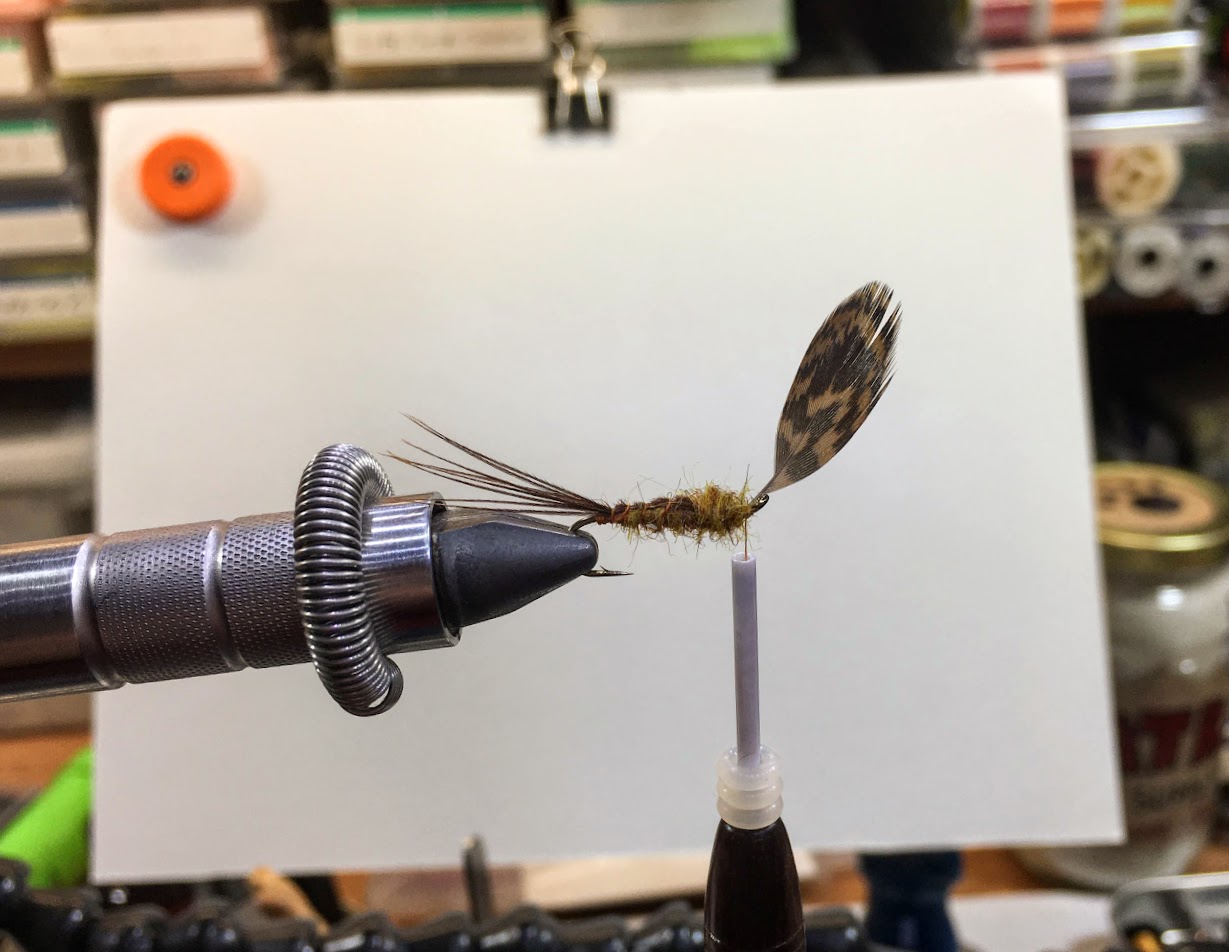 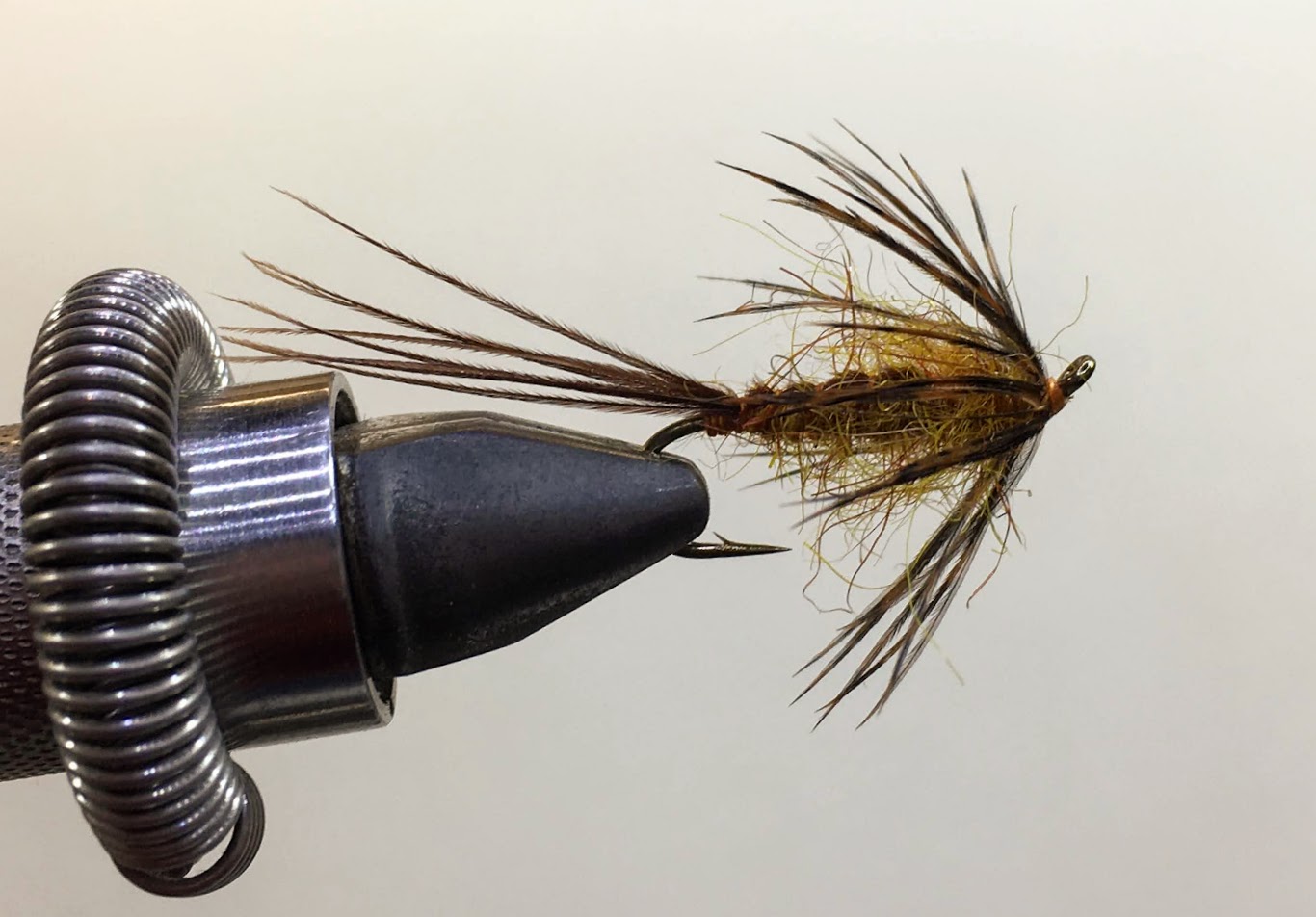 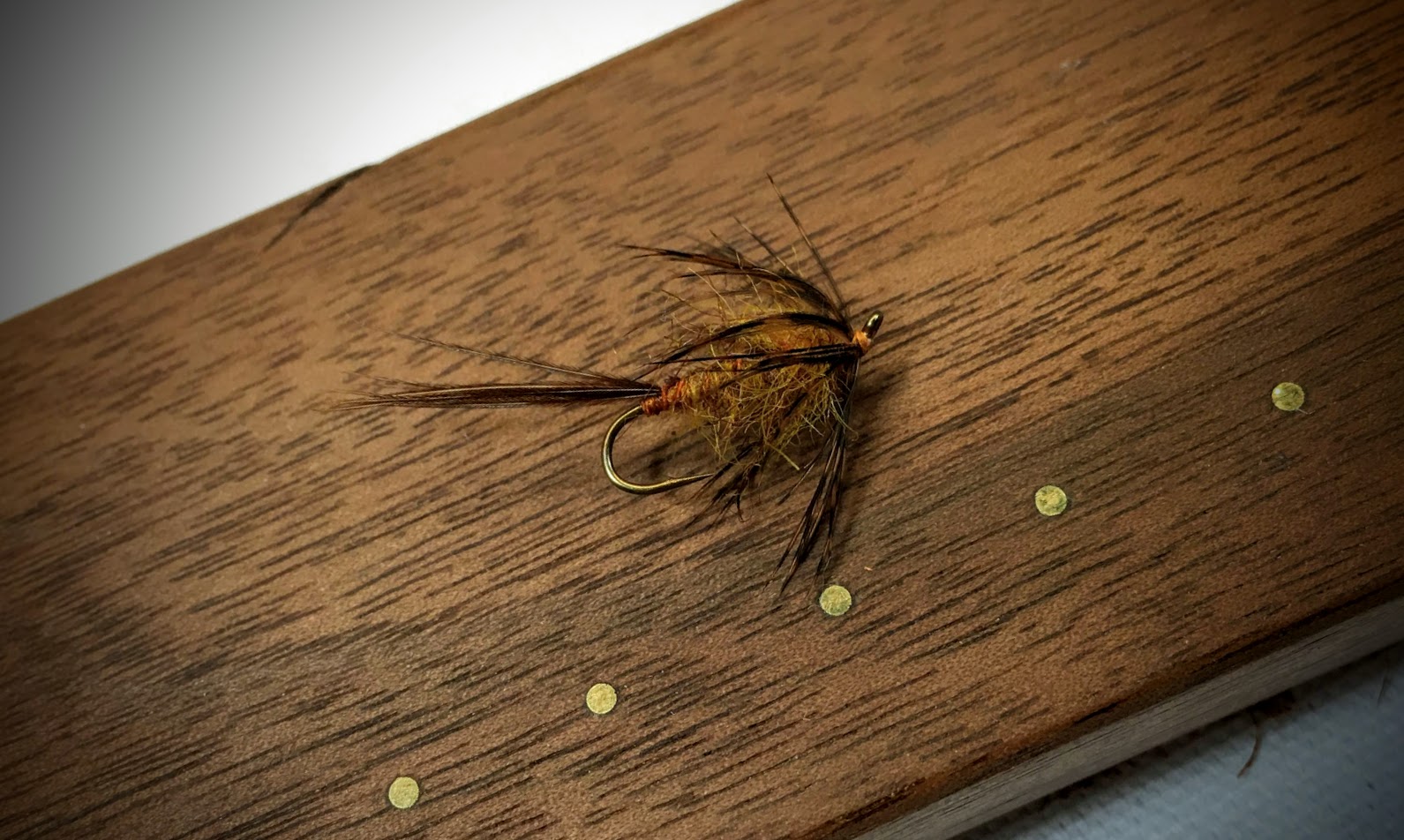 Thanks for the S-B-S, I always enjoy these as it provides
an excellent reminder of proportion both with materials
and with the shades of color used for the 'bug' to come alive.

Thanks for taking the time to do these.

Gonna be some kinda lucky folks that gets them.

I might have posted this pic before but the Edmonds & Lee 8b March Brown is my very favorite fly to tie and has worked great for me when fished with a Hare's Ear & Partridge soft hackle. 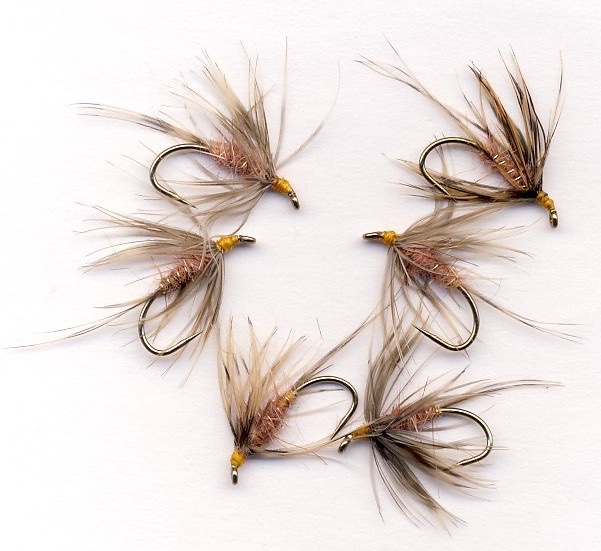 I love your style. Those are such fine examples of imitative fishing flies. I wish you had joined our recent swap.
Ray (letumgo)----<°))))))><
http://www.flytyingforum.com/index.php? ... er=letumgo

I love your style. Those are such fine examples of imitative fishing flies. I wish you had joined our recent swap.

I tend to only fish with flies that I tie. Not being snooty but if I find that a certain fly works for me, then I know I can tie more of them. Drop mea PM with your info and I'll mail you a bunch of my flies for you to try, ok? Thanks.

PS - I probably give away more flies each year than I lose / use when I'm fishing. But, I tend to spend more days tying than fishing, so I guess that makes sense, right?
Top

Thanks Bob. I sent you a private message.

These tutorials are always so well done, thank you, Ray.
Top

I'm not sure why more folks don't participate in the swaps...the flies we receive from the group are just a treat. I'm making a collection of those flies for display at my station at the NW Fly Tying Expo. I'm hoping it will distract from my feeble attempts to tie for show, but actually illustrate the wide variety of flymphs and soft-hackled flies we love to tie and fish.
Ray, your SBS posts are really useful to folks like me who are trying learn the techniques and provide lots of inspiration for fly design. Thanks for sharing.
Top
Post Reply
18 posts